Cristiano Ronaldo and Lionel Messi have re-defined the meaning of football for an entire generation. Even while being on the wrong side of their 30s, these 2 footballing demi-gods are still making all the headlines. The greatest rivalry in the history of sports started in Spain, with Ronaldo and Messi representing Real Madrid and Barcelona in their prime. While Lionel Messi is a proper Barcelona product, Cristiano Ronaldo arrived at Real Madrid as a superstar when he was just 25 years old. Ronaldo vs Messi was peak football, and there won’t be a rivalry bigger than this.

The footballing world is just divided into two halves, Ronaldo fans vs Messi fans. However, no matter whom you support, you can not deny the greatness of the other. Both Messi and Ronaldo have created history with back-to-back glories for their teams and respective countries. Messi and Ronaldo have made each other better in each career stage. Let’s have a look at their respective careers.

It is safe to say that Cristiano Ronaldo is the most famous athlete in the world. He has over 500 million followers on Instagram, making him the most followed human in the world. Former Manchester United’s manager Sir Alex Ferguson spotted Ronaldo during a friendly match between United and Sporting Lisbon back in 2003. Sir Alex Ferguson knew Ronaldo was meant for greatness, so he signed the 18-year-old Portugal winger in 2003. 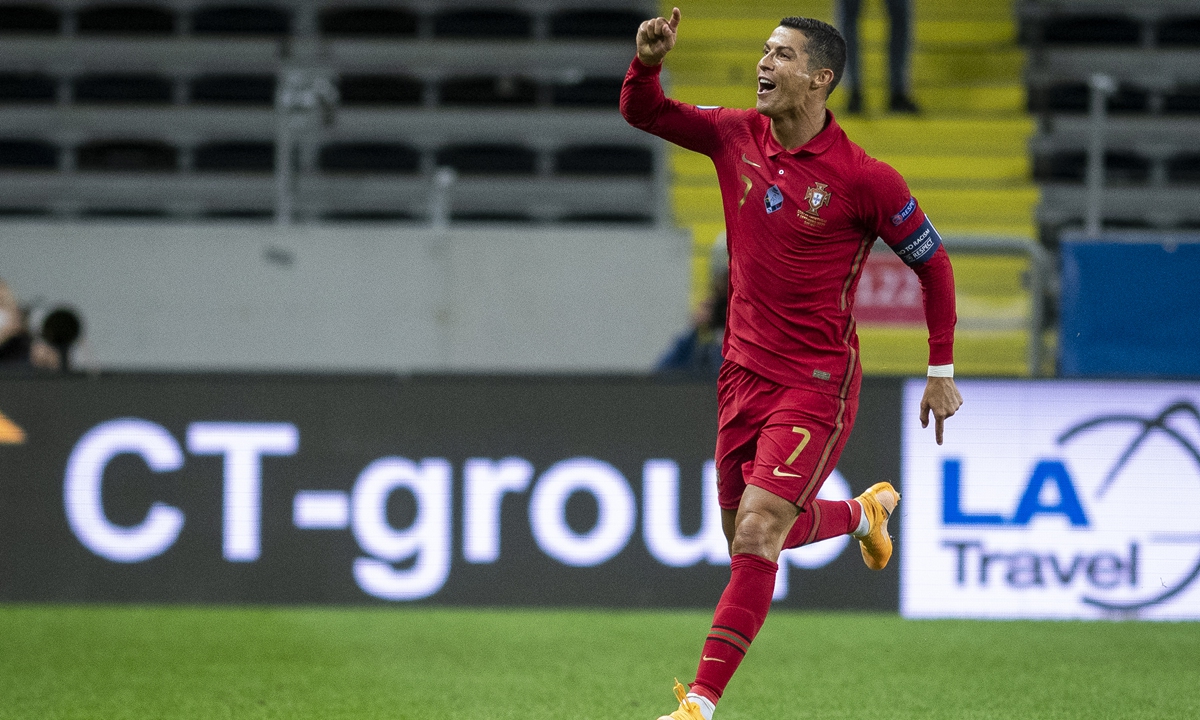 Ronaldo took the Premier League by storm right from his first season. Cristiano Ronaldo won his first Ballon d’Or in 2008 and his first Champions League in 2009. He also won three Premier League titles with Manchester United before joining Real Madrid in 2009. Ronaldo became the best player in the world when he joined the Spanish side. He was the leader of the pack, which won 4 Champions League, 3 at a trot. Ronaldo won 4 of his 5 Ballon d’Or while playing for Real Madrid.

Cristiano Ronaldo won the prestigious UEFA Euro 2016 with Portugal. Adding to that, he also led his side to the UEFA National League glory in 2019. Ronaldo holds the records for most appearances (183), goals (140), and assists (42) in the Champions League, goals in the European Championship (14), international goals (118), and joint-most international appearances (196). Cristiano Ronaldo has scored a total of 819 goals in his career, the most by any player in the world. Ronaldo has won 34 senior trophies in his career.

“Today, the best player in the world is Cristiano Ronaldo,” the Brazilian superstar said in 2020. “I think he’s the best because he’s more consistent, but you can’t forget about [Lionel] Messi, of course, but he’s not a striker.”

“I watch him [Cristiano] train every day, and the way he works is exciting,” the Brazilian said. “He wants to improve every day. That’s the difference with Messi. “Leo is a phenomenon, but that side of Cristiano, of training, professionalism, focus, motivation, success… Cristiano has an advantage over all the others.”

“Now, don’t get me wrong, Messi is a fantastic player; it’s like he’s wearing slippers when he controls the ball,” Ferguson said. “But here, for me, is the difference. Messi is a Barcelona player. “Ronaldo could play for Stockport County and score a hat-trick. He just wanted to be the best in the world.”

“Cristiano is the best,” the Frenchman said. “Messi is his rival, and it’s the rivalry everyone wants to see. “But Ronaldo is phenomenal. There are no words to describe him. He is much better than me, even though I had a great career. He’s the greatest of all time.”

“From one year to the next, my choice changes between Cristiano Ronaldo and Lionel Messi, even if I have to admit to picking Ronaldo more often,” the Paris Saint-Germain forward said. “I loved him when I was younger.”

“Well, obviously, I played with Cristiano so I’m going to go with Cristiano. “But they’re both two great players. We’re living in an era where you’re seeing true legends at their best going head-to-head each season. “It’s special to see, but Cristiano has done it in Portugal; he’s obviously done it in England, and he’s done it in La Liga and also on the national front with Portugal as well. “I think Cristiano, for me, just pips it, but only just.”

“I’d choose Cristiano over Messi because he’s a player who gives us so much every season, and he’s a player I spend time with every day.”

Lionel Messi made his Barcelona debut on October 16, 2004, against arch-rivals Espanyol; the rest is history. Messi is unlike any player to grace the beautiful game. He is an alien in form of a human, and that is enough said about his greatness. Lionel Messi spent 17 years in Barcelona and, in that span, scored a total of 520 goals in just 474 appearances. The Argentine has won a record number of 7 Ballon d’Ors, two more than Cristiano Ronaldo. 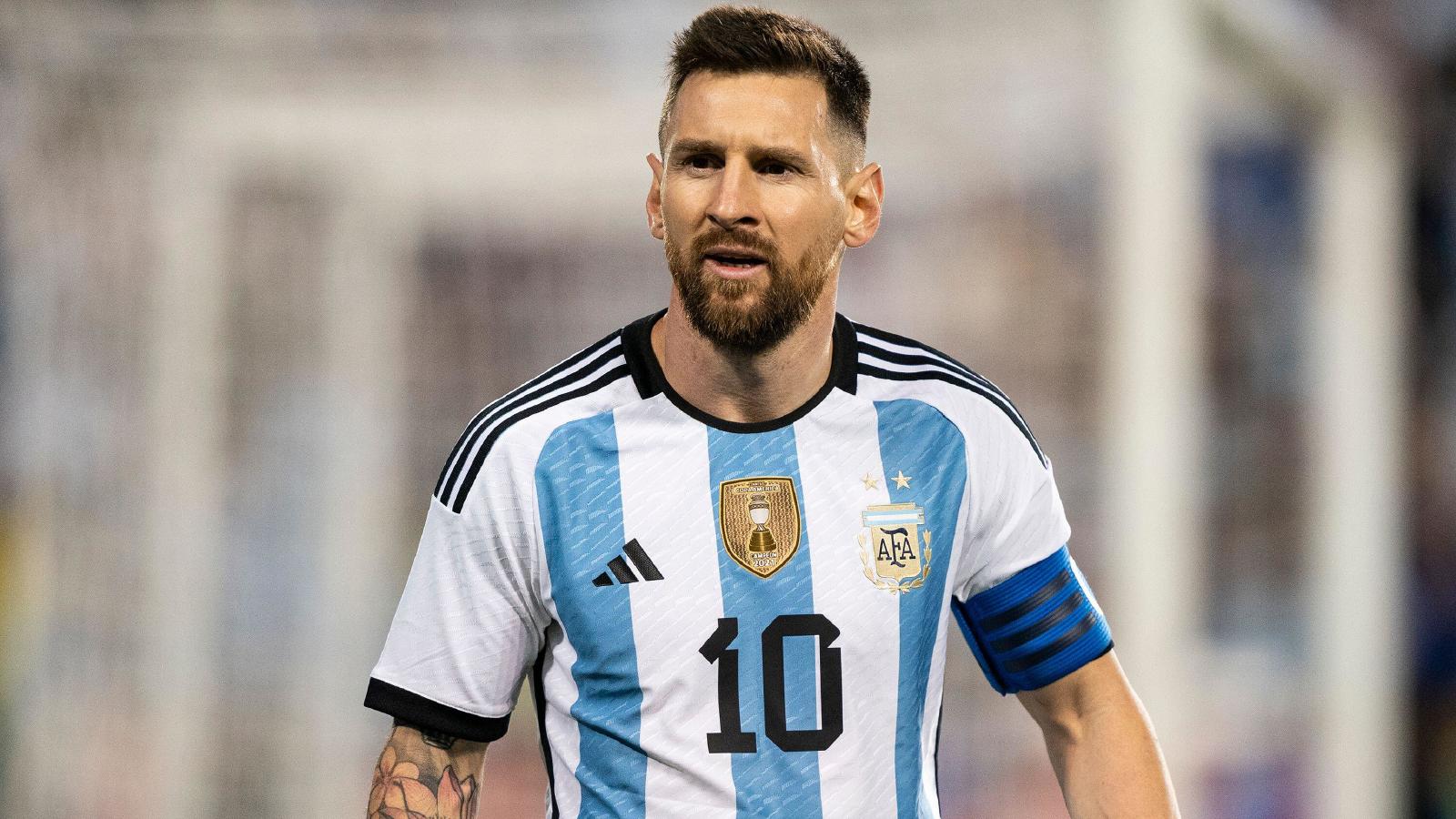 Messi’s Argentina lose against Saudi Arabia. The credit for the image goes to Planet Sports

Lionel Messi has won two trebles in his glorious career. Lionel Messi won his first Ballon d’Or in 2010 and later went on to win 3 more at a trot. Messi scored 91 goals in the calendar year 2012, a record which is yet to be broken, or we can safely say, will never be broken. Lionel Messi is more than his goals; he is also a playmaker. He contributes more to the game than his goals, which sets him apart from any other player in the world. Lionel Messi won the Copa America with Argentina, his first major international trophy. Messi joined PSG in 2021.

“I can’t remember having seen Lionel Messi play badly. “I prefer Messi to Cristiano Ronaldo, but I acknowledge that the latter is an animal. Football history will remember Messi. Football has given him

a lot, as much as he has given the sport and to win a World Cup, in my opinion, wouldn’t bring him anything else.”

“Messi [is the best], but Ronaldo is brilliant,” the former England midfielder said. “Ronaldo is sensational at what he does, with pace and power. “He scores; he takes free-kicks. But as an all-round footballer, Messi – wow, his passing – he has absolutely everything.” “I think about the great players with whom I have shared a pitch: Eric Cantona, Zinedine Zidane, Pirlo, Xavi, Cristiano Ronaldo – and the greatest of them all is Messi.”

“They have similarities in their technical skills and talent, and it is amazing for football to have them both present, but Messi is simply the best player in the world,” the former England captain commented. “He [Messi] is alone in his class as a player; it is impossible that there is another like him. He, like Cristiano Ronaldo, who is not at his level, are both above the rest.”

“I played alongside Leo, so there’s my answer,” the Frenchman said. “I have an enormous amount of respect for Cristiano as someone who has maintained such a high level for several years. “It’s one thing to have a good season and then have another four years later, but to keep up with that level for consecutive years is something else. “People realize it, of course, but I feel like we still don’t grasp the real measure of what these two are doing. In the future, people will look back in awe at the continuity, the goals, and the pressure that comes along with doing this for so long. “So I’m full of respect for Ronaldo, but I played with Leo and had extraordinary moments with him; we lost and won together, so that is all I have to say about Leo.”

“Messi is much more a team player than Cristiano is. “He scores but also produces many assists. For me, as a player, Messi is better. There is a big difference between being just a great goalscorer and being the best player.

“Every person that understands football knows this. It’s absolutely ridiculous to me that some people actually think Messi isn’t the best. “This isn’t about Cristiano at all. He’s a fantastic player, one of the best goalscorers ever. This is about how ridiculously good Messi is.”

“I think Messi is one of a kind,” the Swede said in 2016. “What he’s doing, I don’t know if we will see another player do the things that he does. “It is different [with Ronaldo] because he is the result of hard training. It is not natural.”

Lionel Messi vs Cristiano Ronaldo: Who is the G.O.A.T.? 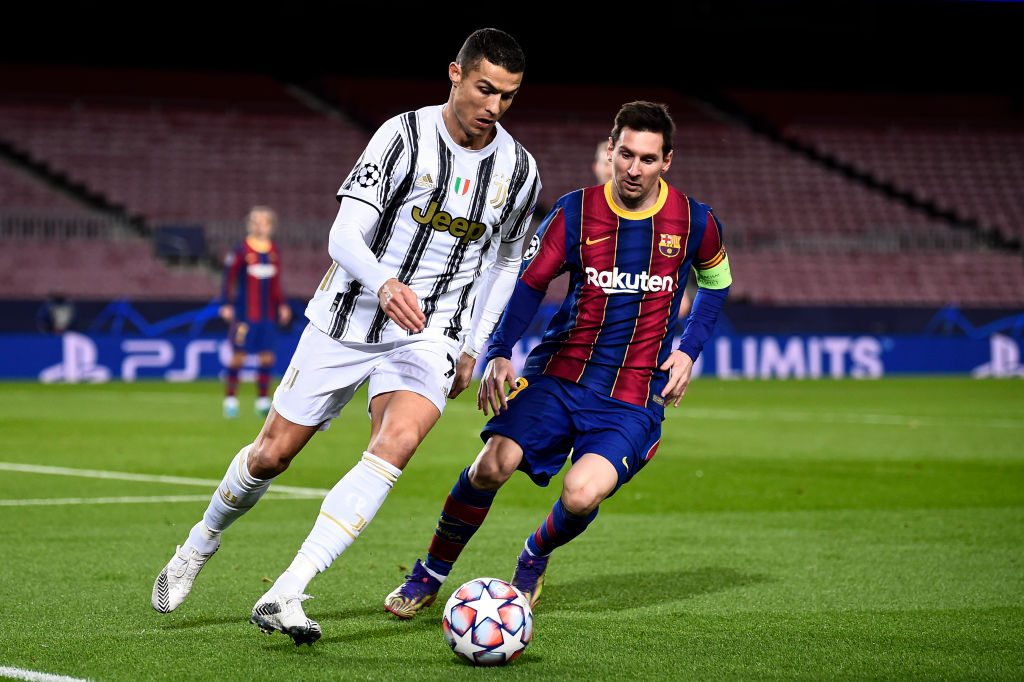 While it is impossible to name one of them as the bigger GOAT, according to us, Ronaldo edges past Messi. With all due respect to Messi, Ronaldo has won leagues in 3 different countries, has more goals than the Argentine and has won more Champions League titles than him.