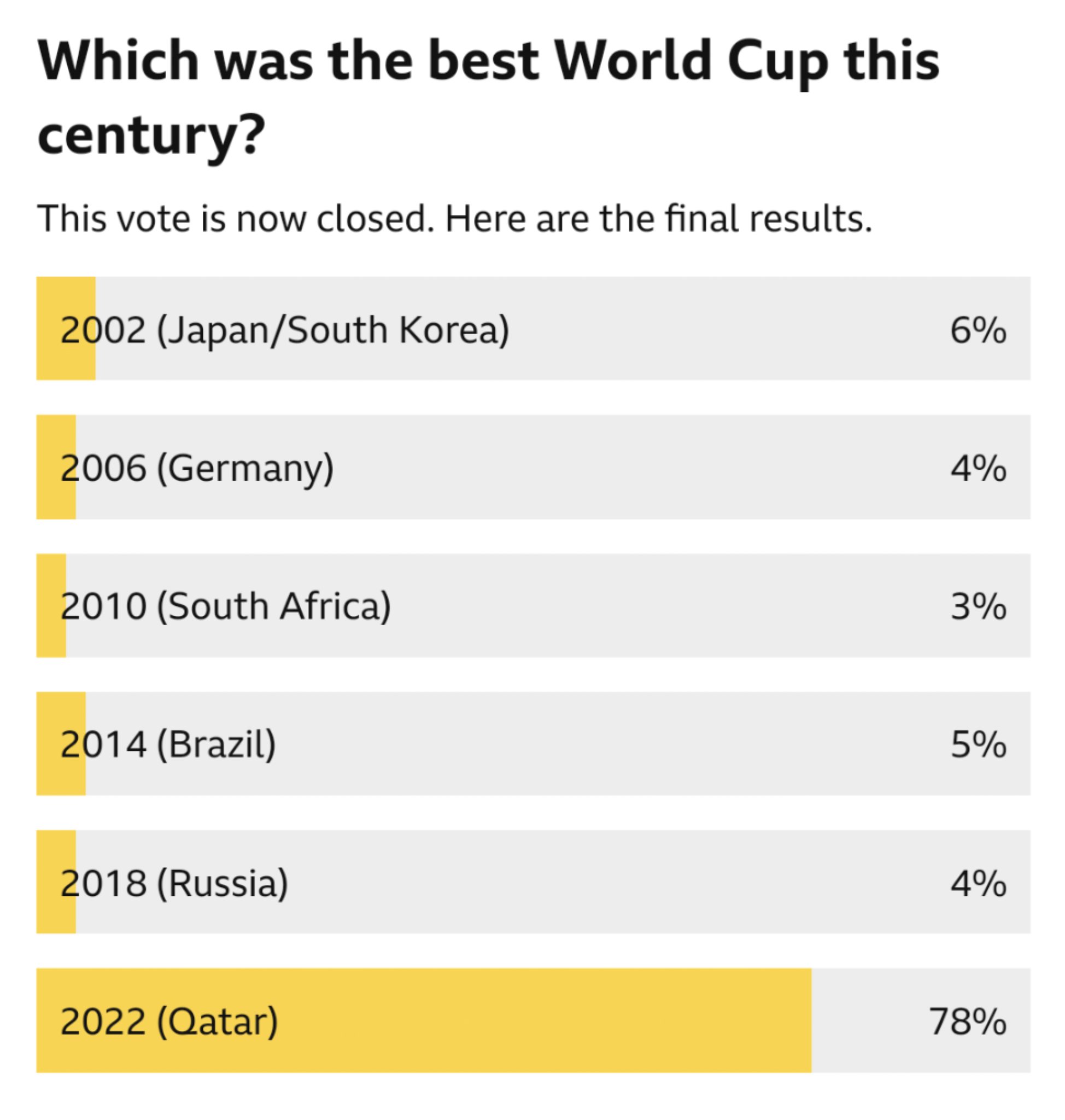 The 2022 Qatar FIFA World Cup saw a lot of memorable moments on the ground. From Lionel Messi lifting the World Cup for the first time to Olivier Giroud surpassing Michel Platini to become France’s all-time greatest scorer to Germany and Belgium’s shock exit in the World Cup group stages.

FIFA president Gianni Infantino was very happy with the successful conduct of the tournament. At the start of the tournament, there was a lot of negative talk surrounding the World Cup. But with this “people’s award,” Mr. Infantino must be very proud.

The historic tournament- the first to be held in the Middle East- was marked with goals galore and comeback chaos, with Morocco and Japan among the teams that stood out. With this award, the future will definitely see a lot of big tournaments being held in the Asian region.