Home / Sports360 / 11 Virat Kohli quotes that will inspire you

Virat Kohli is a modern-day cricket genius. Although he is going through a lean phase, the things he has achieved on the field can’t be replicated by anyone. Be it the 2016 IPL, where he scored 973 runs in one season or his absolutely fantastic captaincy record.

Virat Kohli has been exceptional as a batter as well as a captain. As a batter, the right-hander has scored over 24000 runs in his international career. Only Jacques Kallis, Mahela Jayawardene, Ricky Ponting, Kumar Sangakara and Sachin Tendulkar are ahead of him. By the time Kohli retires, he will overtake all of them and become the best.

Virat Kohli, as a captain, has an envious record. He is India’s most successful Test captain, with 40 wins in 68 matches and a win percentage of 58.82. The batter has twice won the Test series in Australia (2018-19 & 2020-21). It was under Kohli’s leadership that India was crowned as the No.1 Test team in the ICC Rankings for a continuous period of 42 months from October 2016 till early March 2020.

In ODIs, Kohli has a 68.42% win rate in ODIs as a captain. This is the highest figure of any ODI captain who has been in charge of the team for more than 20 matches. Also, under his leadership, India reached the 2017 Champions Trophy finals and 2019 World Cup semifinals.

Kohli has been in charge of the T20 India team in 50 matches, and this is just one short of Rohit Sharma. In these 50 matches, Kohli has picked up 30 wins while losing 16 games. The win record in Virat Kohli’s captaincy comes in at 64.58%, which puts him just behind Rohit Sharma, who has a 76.47% win record.

The Indian Premier League is huge in India. And Virat Kohli has been a part of it since its inception. Virat Kohli, who was the skipper of the Under-19 team that won the 2008 Under-19 World Cup in Malaysia, was picked by Royal Challengers Bangalore.

Since the first season, Virat Kohli has performed exceptionally. In 223 matches, he has scored over 6600 runs. He won the Orange Cap during the 2016 season, where he scored 973 runs with 4 hundred and 7 half-centuries.

All of the above numbers just prove Virat Kohli’s leadership skills. As a captain, he has motivated and inspired his team a lot to go beyond their expectations and achieve great heights. Also, Virat Kohli has been awarded many titles, such as Arjuna Award in 2013, Padma Shri in 2017, and Rajiv Gandhi Khel Ratna in 2018.

Virat Kohli is a very verbal person. You must have seen him give the opposing team a hard time on the field. His “verbal game” with the opposition has led to many unforgettable moments.

In this article, we look at the 11 famous Virat Kohli quotes that will absolutely inspire you.

“If you’re true to yourself, you won’t fear anything.” ― Virat Kohli 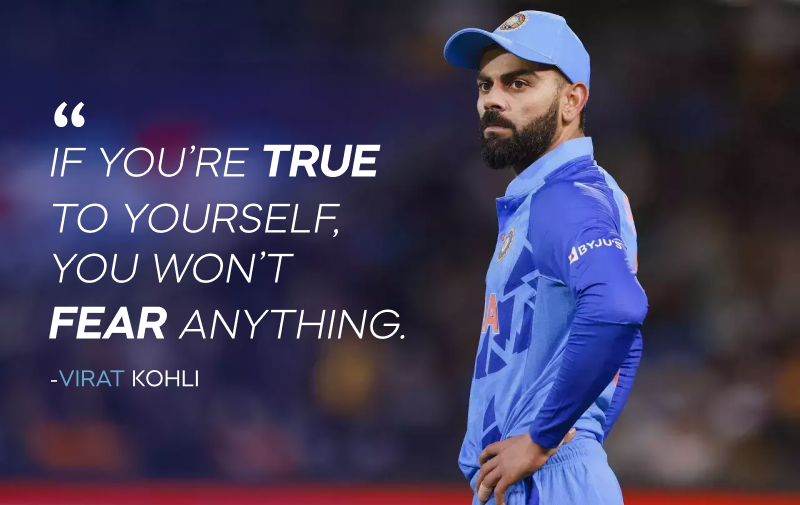 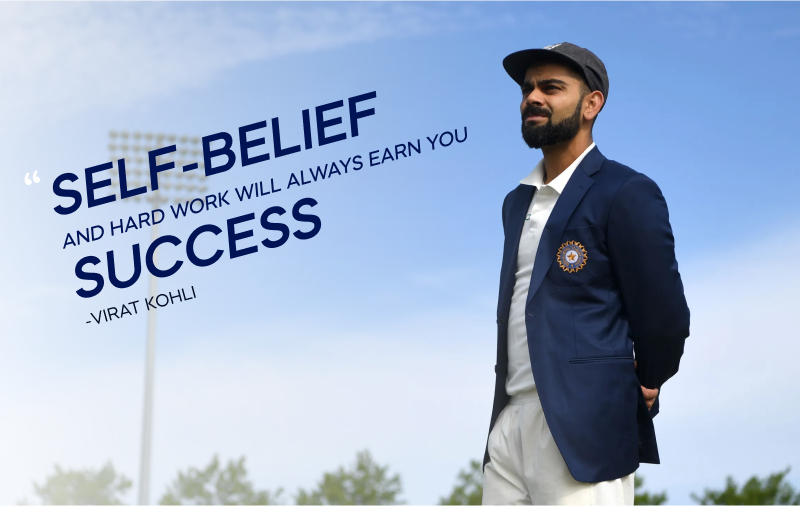 “I always dreamt of holding the bat and winning games for India. That was my inspiration to take up cricket.” ― Virat Kohli 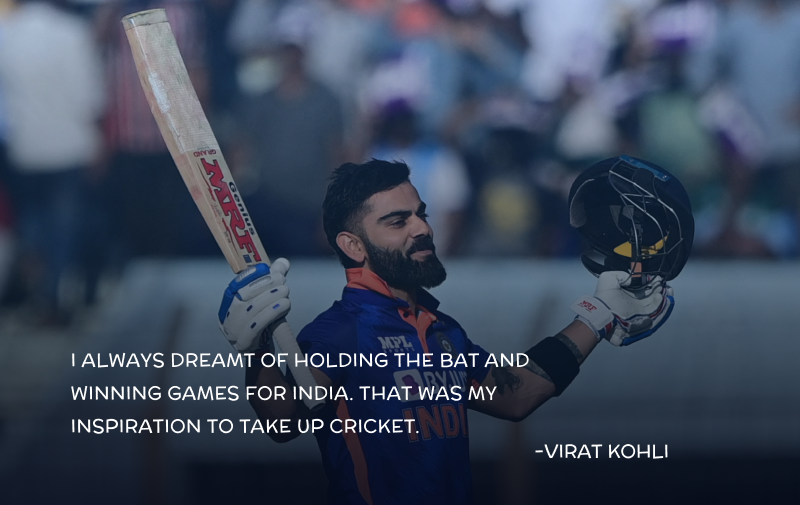 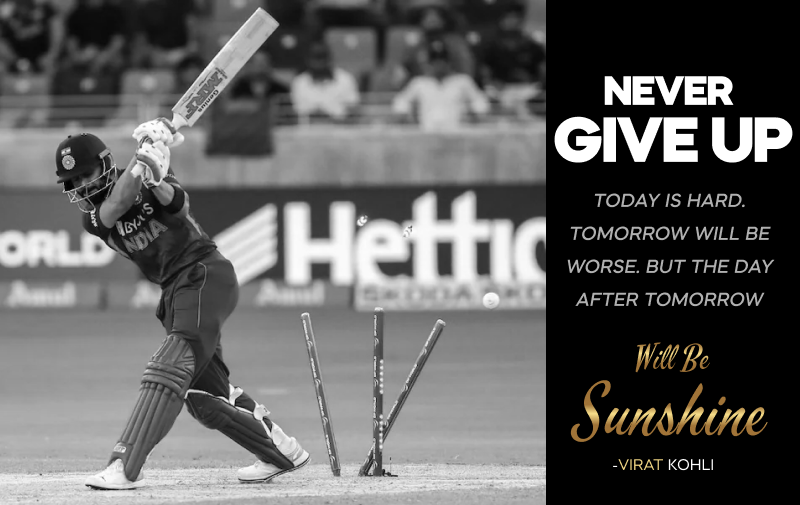 “Whatever you want to do, do it with full passion and work really hard towards it. do not look anywhere else. There will be a few distractions, but if you can be true to yourself, you will be successful for sure.” — Virat Kohli 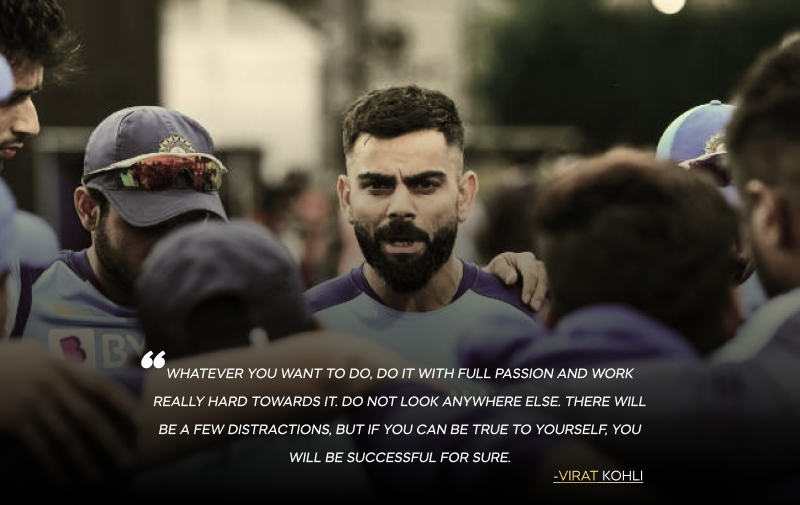 “A fit body gives you confidence. And there’s nothing more impressive than a great attitude, which you can wear on your sleeve. But you’ll have to remember the difference between being rude and being confident.” ― Virat Kohli 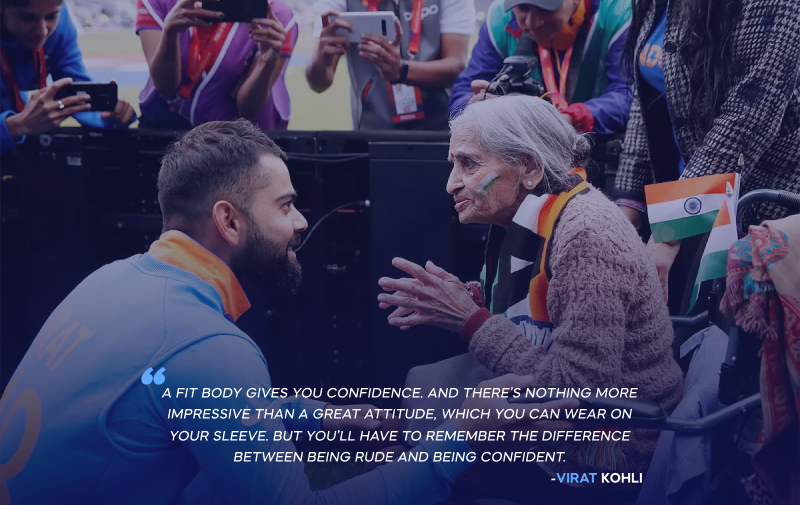 “I am a guy who likes to play with intensity. Once that is gone, I don’t know what I am going to do on the field.” ― Virat Kohli 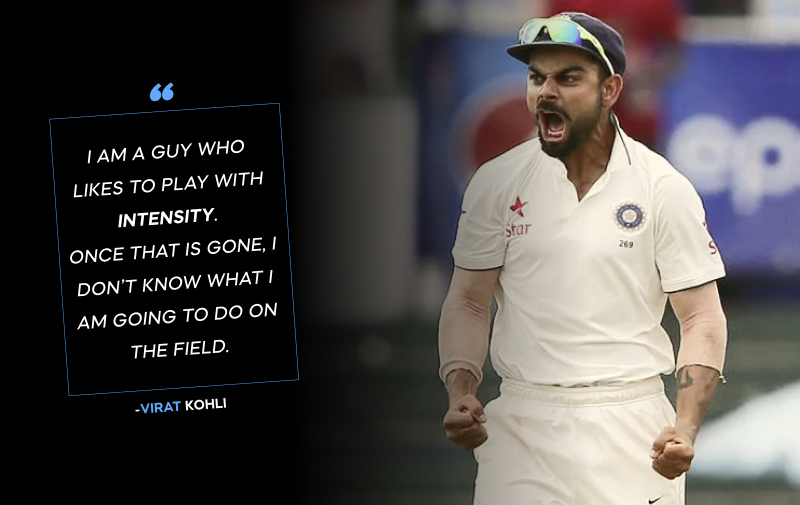 “I love playing under pressure. In fact, if there is no pressure, then I am not in the perfect zone.” — Virat Kohli 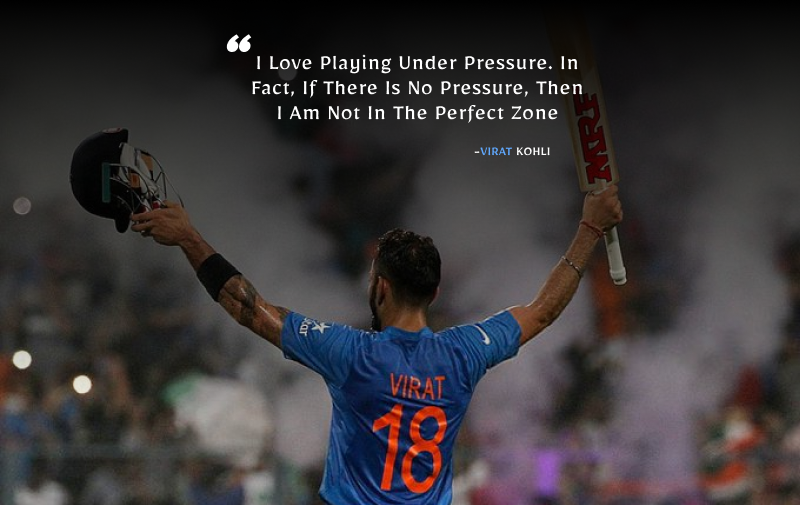 “I get really motivated when I put on the India jersey. It is a responsibility, so I want to perform in the best way I can.” — Virat Kohli 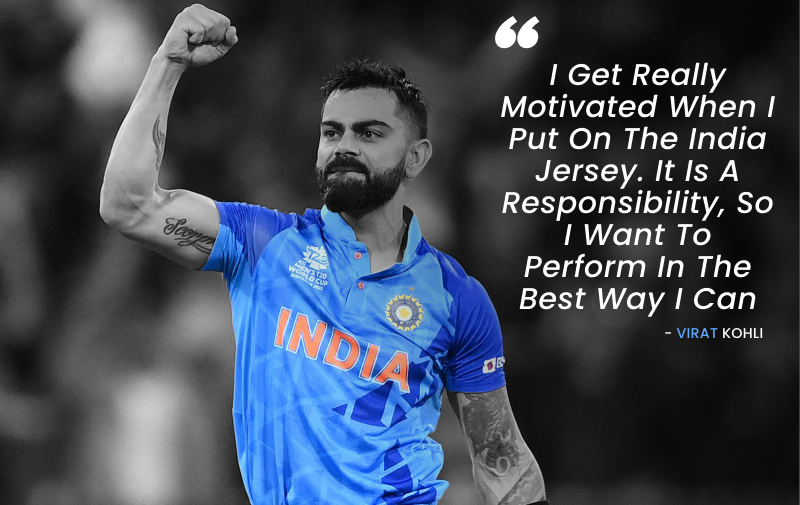 “On the field, aggression can sometimes be a positive emotion. It boosts performance and can lift your game. But over the years, I have learnt that restrained aggression is a better animal. That way, you will conserve your energy and will not spend yourself quickly.” — Virat Kohli 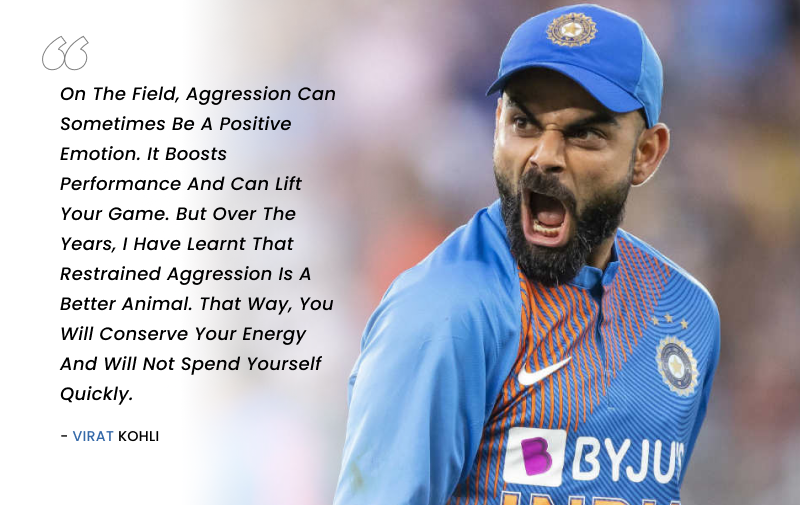 “A lot of people tell me a lot of things about my conduct, my game, my future… but I try to stay away from their words of wisdom. I do not let it distract me. On the field, you will be facing the ball alone. If you fail, you will be the only one to blame. So, you should be the one deciding for yourself.” — Virat Kohli 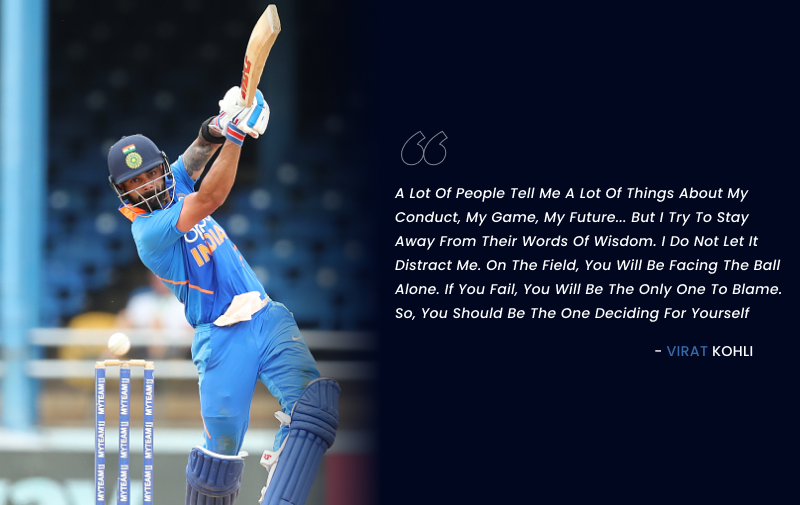 These were some of the most inspirational quotes by Virat Kohli, the King of Indian Cricket. Which one is your favourite? Do let us know in the comment section.