After the conclusion of the 2022 FIFA World Cup, the sports industry is buzzing with the right noises made by the Indian Premier League. The IPL Auction 2023 will be conducted on Friday, December 23, at Grand Hyatt Hotel, Kochi. The mini-auction will present an opportunity for all franchisees to bolster their squad.

In every auction, there are few players who make their case very strong and franchisees will try and win every opportunity to get that player for their team. In this article, we will have a look at the 7 players who will be in very high demand at the IPL Auction 2023.

→ Jason Holder: The former West Indian skipper will be in high demand at the IPL Auction 2023. The all-rounder has played for Chennai Super Kings, Kolkata Knight Riders, Sunrisers Hyderabad and Lucknow Super Giants. 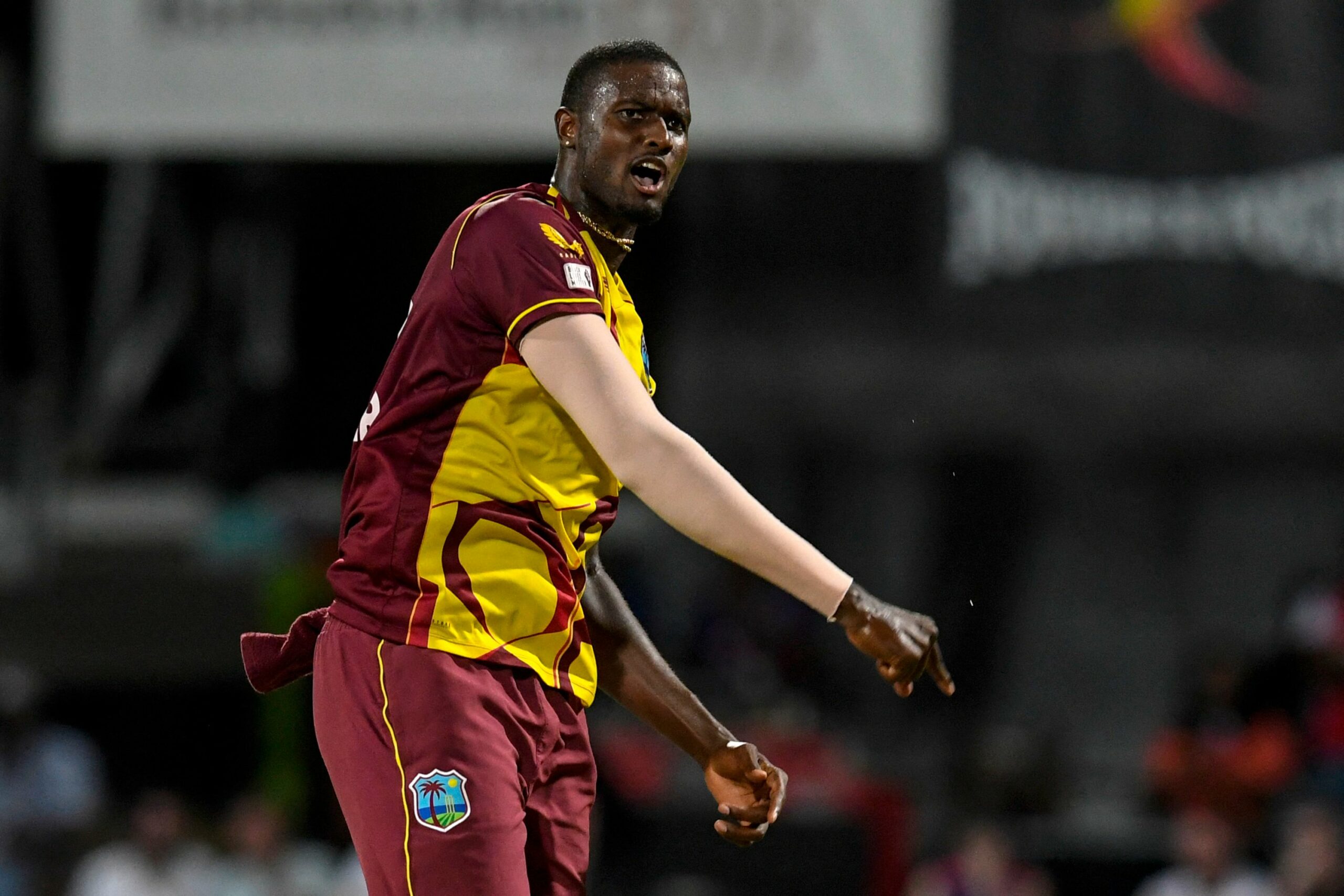 Jason Holder of West Indies celebrates the dismissal of Chris Jordan of England during the 5th and final T20I between West Indies and England at Kensington Oval, Bridgetown, Barbados, on January 30, 2022. (Photo by Randy Brooks / AFP) (Photo by RANDY BROOKS/AFP via Getty Images)

The Caribbean player has played 38 games and scored 247 runs at a strike rate of 123.50. Holder is very effective with his bowling. He has taken 49 wickets at an average of 24.02. Franchisees like Mumbai Indians and Punjab Kings will try to secure the all-rounder’s signature.

→ Harry Brook: The latest batting sensation from England, Harry Brook, will be among the most sought-after players by all the franchisees. Harry Brook showed everyone what he could do in the recently concluded Test series against Pakistan. The 23-year-old scored 468 runs in the series with three centuries and one half-century to his name. And the most shocking thing is he scored those runs at an astounding strike rate of 93.41. 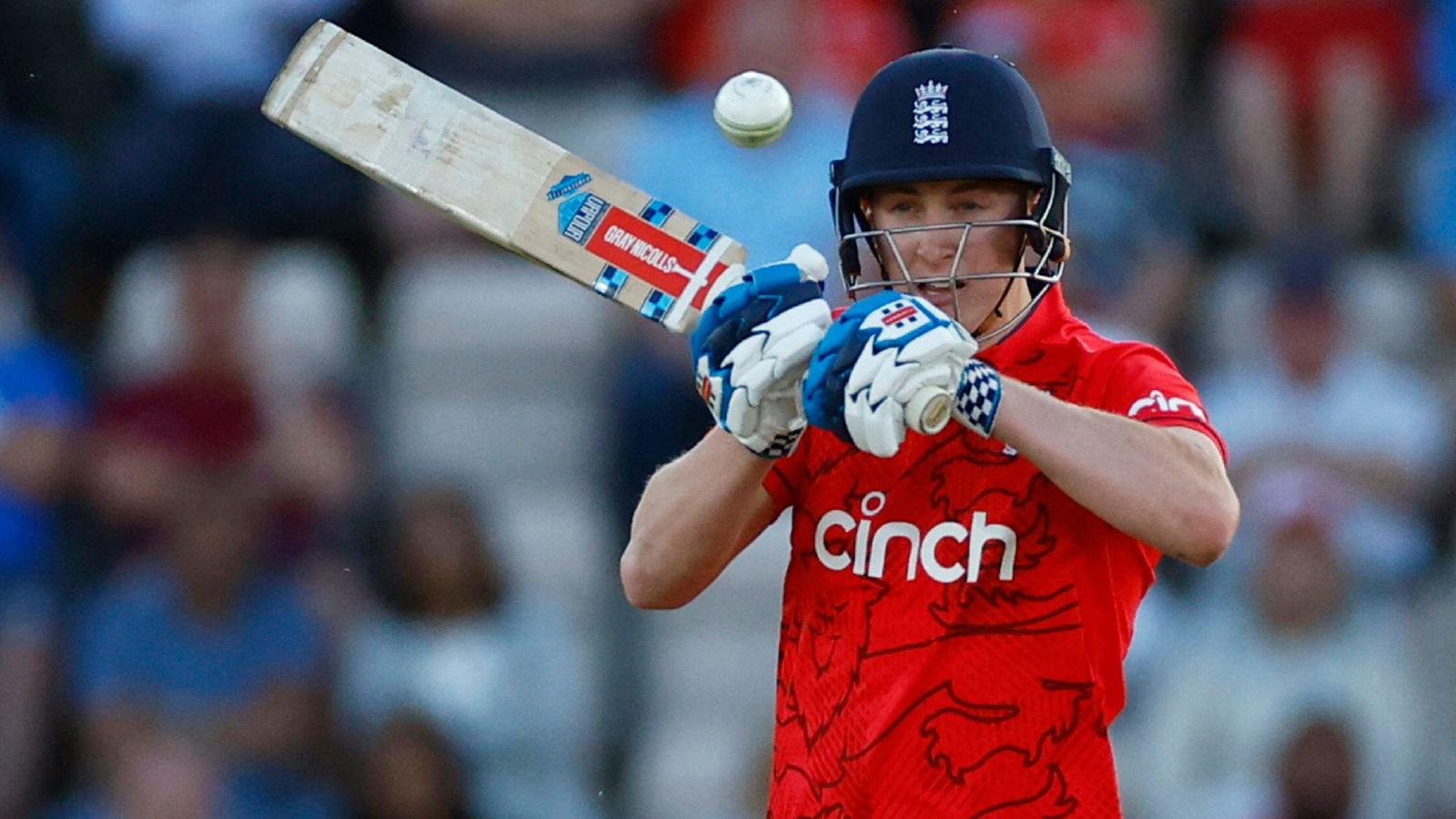 Overall, Brook has been one of the best strikers of the ball, scoring 372 runs in 20 matches at a strike rate of 137.77. Franchisees like Chennai Super Kings and Kolkata Knight Riders will try their best to bring Brook into their squad.

→ Manish Pandey: “An Indian batsman”. Hearing this will light up the eyes of all the franchisee owners. A well-known name in the domestic circuit, Manish Pandey hasn’t had great IPL seasons. For IPL 2022, he was a part of the Lucknow Super Giants. He scored 88 runs in 6 matches and was dropped from the squad due to lack of form. 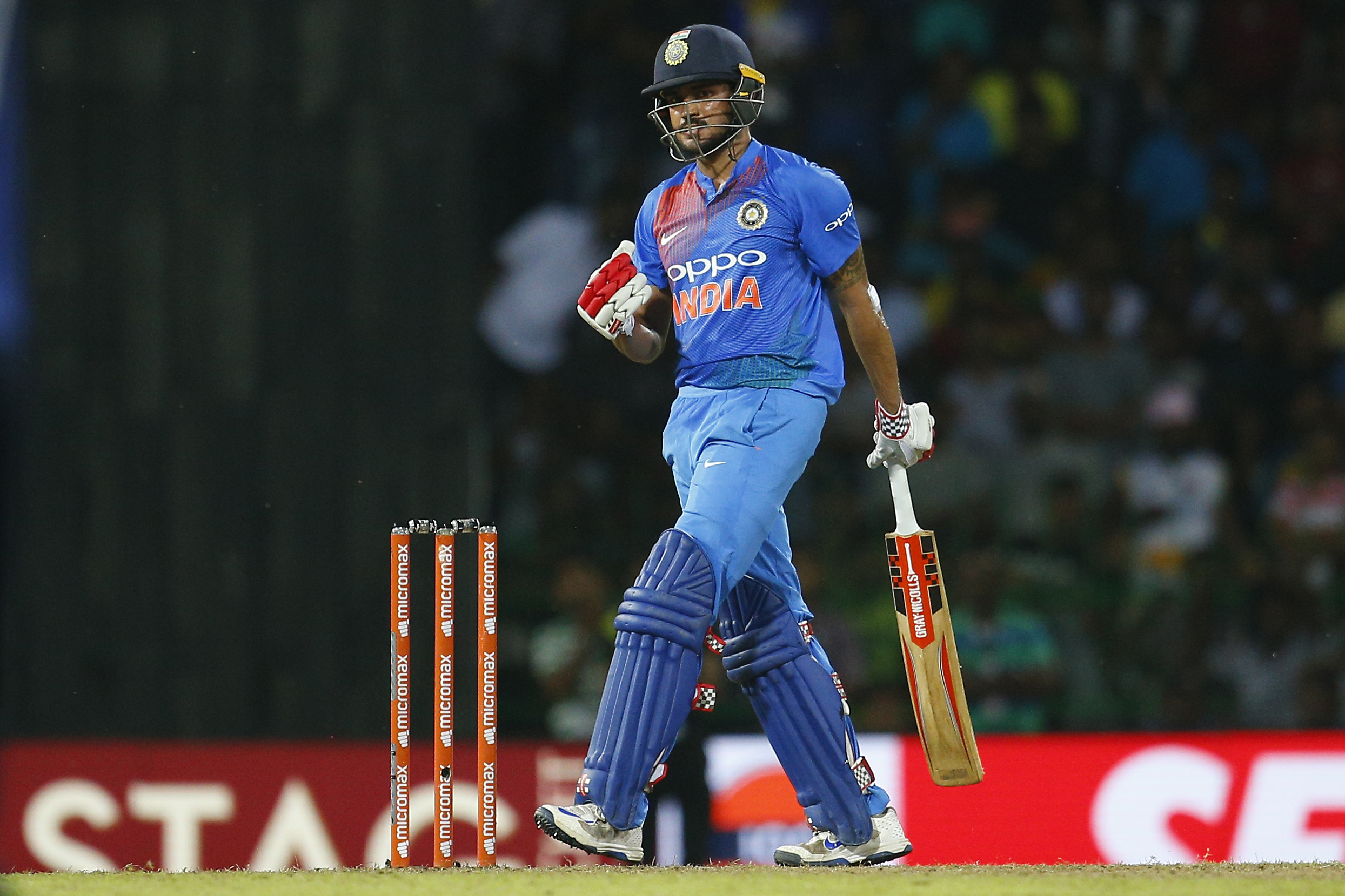 Indian cricketer Manish Pandey gestures after hitting the winning runs during the 1st and only T-20 cricket match between Sri Lanka and India at R Premadasa International cricket stadium in Colombo, Sri Lanka on Wednesday 6 September 2017 (Photo by Tharaka Basnayaka/NurPhoto via Getty Images)

However, he has improved a lot since then. At the 2022 Syed Mushtaq Ali Trophy, he scored 247 runs in 8 matches at an average of 61.75. A lot of the teams have a very weak batting order. Franchisees like Mumbai Indians and Gujarat Titans will be looking to secure his services.

→ Dasun Shanaka: Dasun Shanaka is one player who has been in terrific form over the last few months. While he left many impressed with his performance against India earlier this year, recently, he helped Sri Lanka chase 59 in the last three overs against Australia. His power-hitting is rising, and Shanaka can offer a few overs with the ball. Hence, he is a value cricketer and might be in demand for IPL Auction 2023. In a total of 82 T20Is, he has scored over 1200 runs at a strike rate of 117.57. Also, he has taken 21 wickets at an average of 21. His finishing skills have been excellent in the recent past, with him giving everyone a show at the 2022 Asia Cup. Franchisees like Rajasthan Royals and Sunrisers Hyderabad will try to sign the all-rounder.

→ Cameron Green: He can bat. He can bowl. He can field. The man does it all. Australia’s premier all-rounder Cameron Green will be one of the hottest players in the IPL Auction 2023. After starting his international career with the longest game format in 2020, the 23-year-old thrived in the white-ball circuit of late. In ODIs, he has amassed 270 runs in 12 games at a strike rate of 92.15 and bagged 11 wickets at an economy of 4.98. 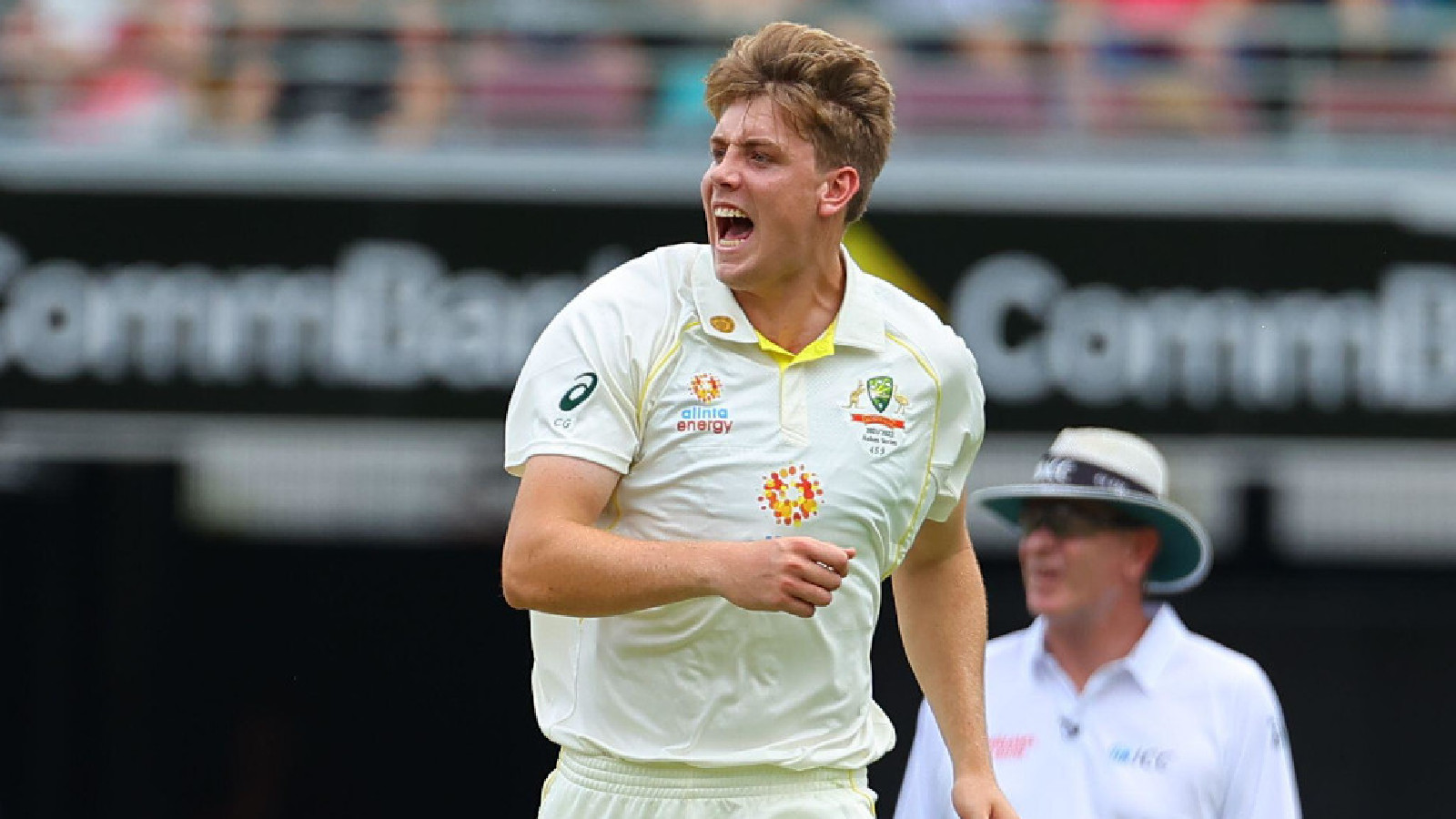 In the shortest format, Green has smashed 139 runs in eight games at an amazing strike rate of 173.75 and picked five wickets for Australia in the shortest format. The all-rounder is very flexible. He can bat anywhere, from opener to being a finisher. Green is a great asset to have for any franchisee, and all the teams will surely get into a bidding war to buy the player.

→ Sam Curran: The “Man of the Tournament” of the 2022 T20 World Cup, Sam Curran has registered himself for the IPl Auction 2023. Sam Curran has previously played for Kings XI Punjab and Chennai Super Kings. The English all-rounder has scored 337 runs in 32 matches and taken 32 wickets in 32 matches. 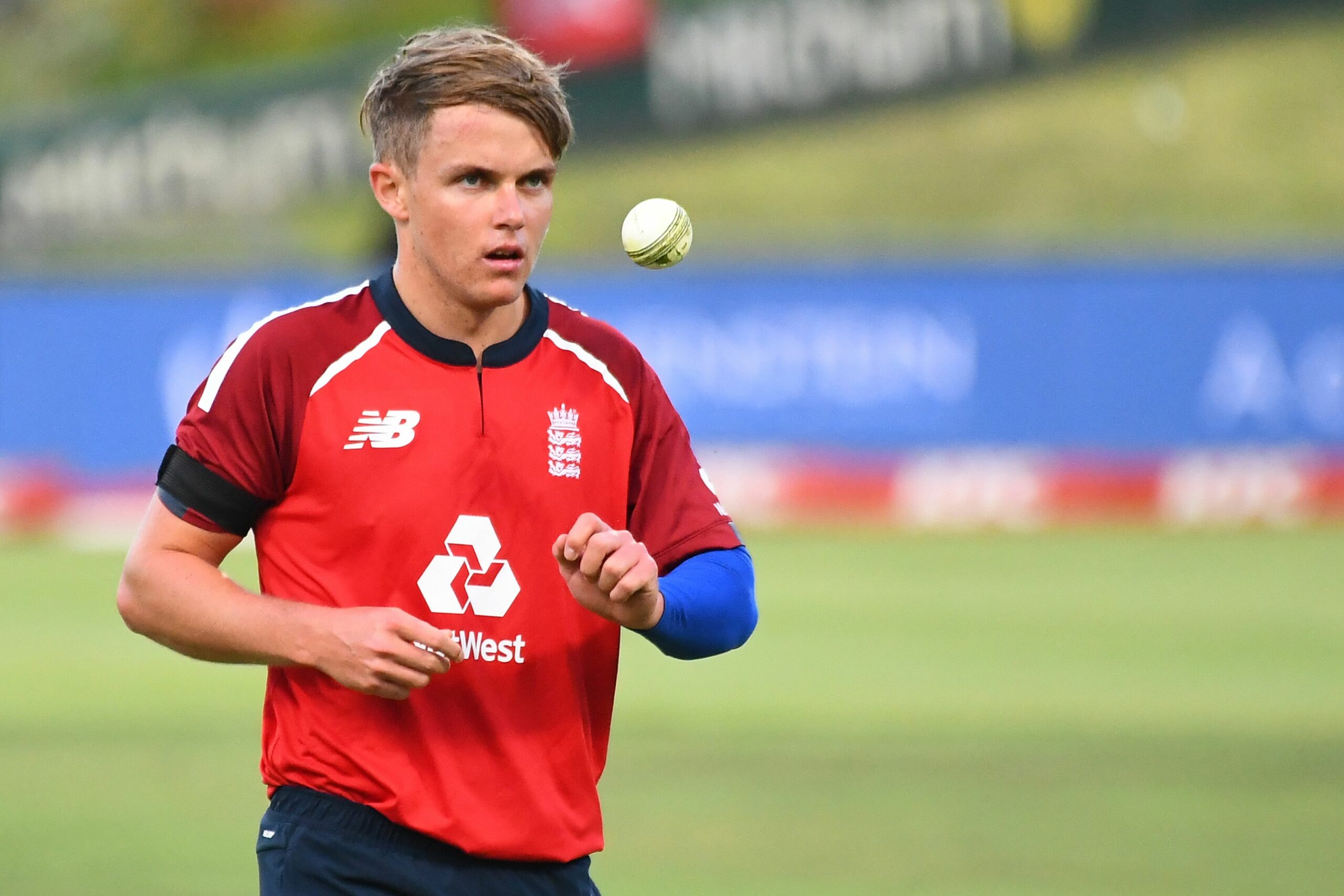 The left-arm pacer has had a surge in his form. During the 2022 T20 World Cup, he bagged 13 wickets in 6 games, with a fifer coming in their inaugural match against Afghanistan.

→ Ben Stokes: Ben Stokes is one of the hottest properties in the international arena. Everyone wants a piece of him. Since the time he became England’s Test skipper, the team has won 9 out of the 10 completed Test matches. With his aggressive approach and go-for-the-win attitude, many teams would like to bring him to their squad. 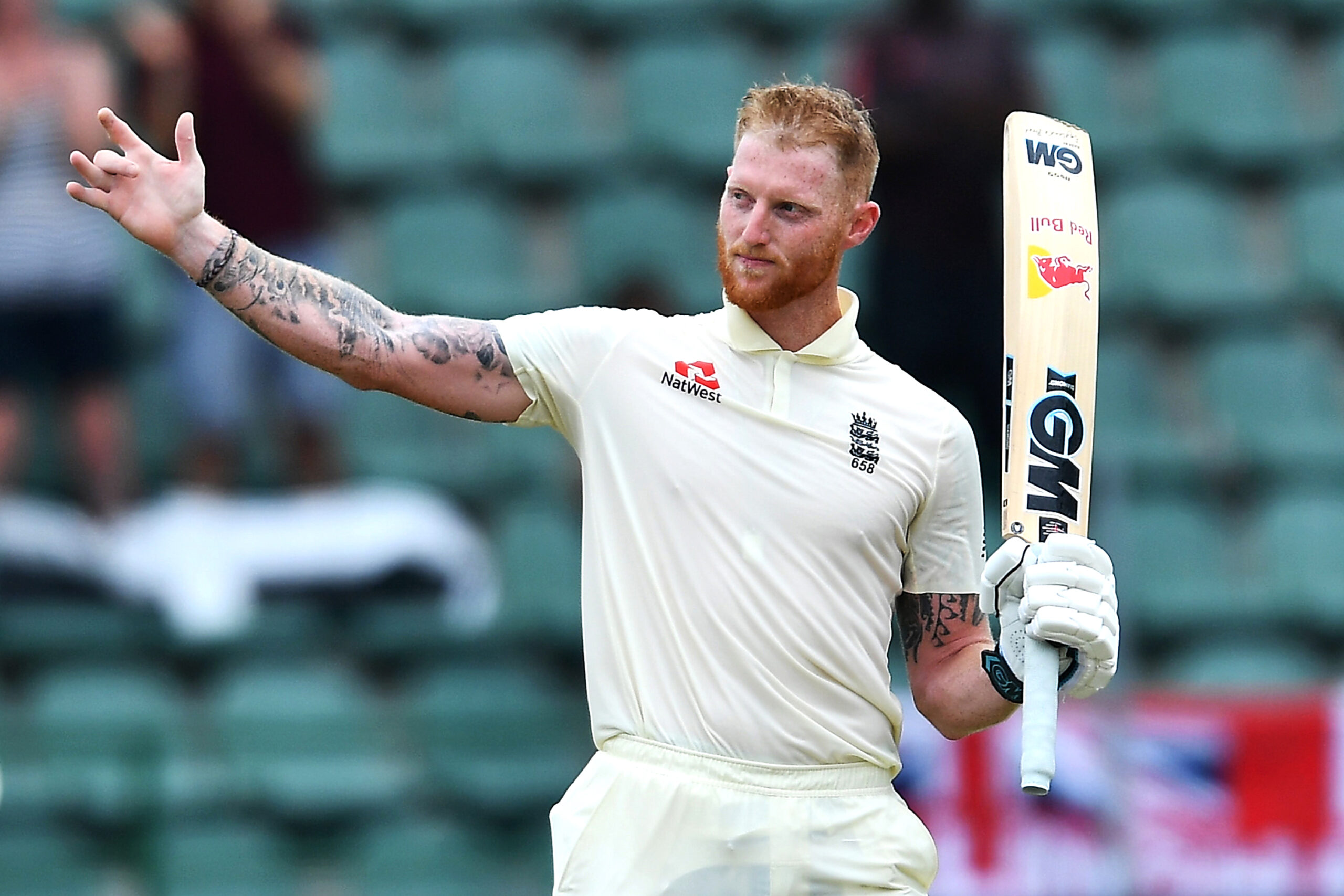 Also, Stokes’ record in the IPL is not that bad. In 2017, Stokes started his IPL journey with Rising Pune Super Giants. The left-handed batter scored 316 runs in 12 matches. In addition to the runs, he also took 12 wickets at an average of 26.33. He has played 43 games, scored 920 runs, and took 28 matches.

In the T20I format, he has scored 585 runs and took 26 wickets in 43 matches. Ben Stokes is an overall package. The franchisees will definitely have a bidding war for the Englishman.

The IPL Auction 2023 telecast is set to begin at 2.30 pm IST. The auction will be telecast on the Star Sports Network on television, while Viacom18 – which has digital rights for IPL 2023 – will broadcast on their digital channels. JioCinema, which recently streamed the FIFA World Cup 2022 in India, is set to telecast the auction on mobile devices.