Liverpool’s season in the 2022-23 Premier League is going from bad to worse, and Jurgen Klopp is somewhere to be blamed for it. Although the German manager has long since attained legendary status at the club, this season has proven to be his most challenging since the beginning of his time at Anfield. Liverpool dropped to ninth and looks all set to miss Champions League action next season. Similarities have been made with Klopp’s final campaign at Borussia Dortmund, where he ultimately left the team because he felt he was no longer the appropriate person to make things better. His team was in a relegation battle at Bundesliga, so things aren’t quite that bad at Anfield yet, but there is rising uneasiness.

Is Jurgen Klopp’s time at Liverpool up?

Many footballing experts have also raised the topic of Jurgen Klopp’s exit from Liverpool, considering the state of the club in recent months. Liverpool regained their respectful status since the arrival of Klopp as the Merseyside reds won the Premier League over 30 long years. However, Jurgen Klopp’s reputation and image are tarnishing in the English top-flight league. After a disappointing loss against Real Madrid in the finals of the Champions League 2021-22, Liverpool finds themselves in the 9th position in PL’s points table with just 8 wins in 19 games and a total of 29 points. 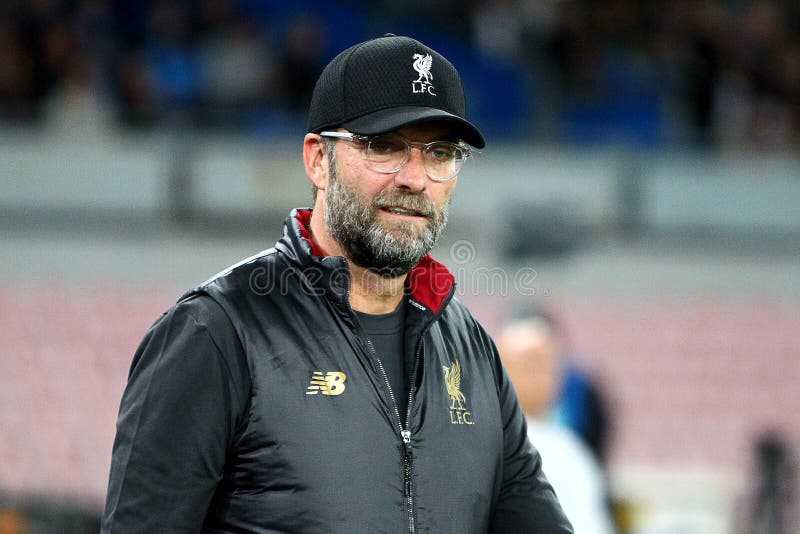 Jurgen Klopp described Liverpool’s 3-0 loss against Brighton as one of the worst performances of the side under his regime. However, Jurgen Klopp is also aware of the threat of him losing his job if Liverpool fails to deliver as per expectations. Jurgen Klopp, in an interview in November last year, addressed that he might be axed if Liverpool underperforms.

“My job is not only being here in the moment when the sun is shining, and someone gives us a trophy,” Jurgen Klopp said. “My job is also to be here when we are in a rough period. And I will do that, with all I have, and if possible even more — 100 percent.” “Everything will be judged on me now, and that is fine. When people look at me, they will say he looks tired. That is normal. But I am not. I cannot give that excuse.”

“I think the judgment for this will be later in the season,” said Klopp. “Or, maybe, it will be at the end of the season where we say, ‘OK, obviously now that is it for this group of players… for this manager if you want’. “The question will be asked then, but, at the moment, it is not 100 percent fair to judge the team because we never had them all available. Especially now up front, top quality players, which isn’t helpful,” Klopp added.

Is Klopp getting the axe?

Jurgen Klopp is touted as one of the best managers of the modern era. He took Liverpool to different heights after winning numerous trophies, including the Champions League in 2019. Liverpool then won their first Premier League in the 2019-20 season after over three decades. However, since then, the club has failed to grasp any major trophies. Although the manager can be held accountable for several performances this year, he is unquestionably not Liverpool’s biggest issue right now. 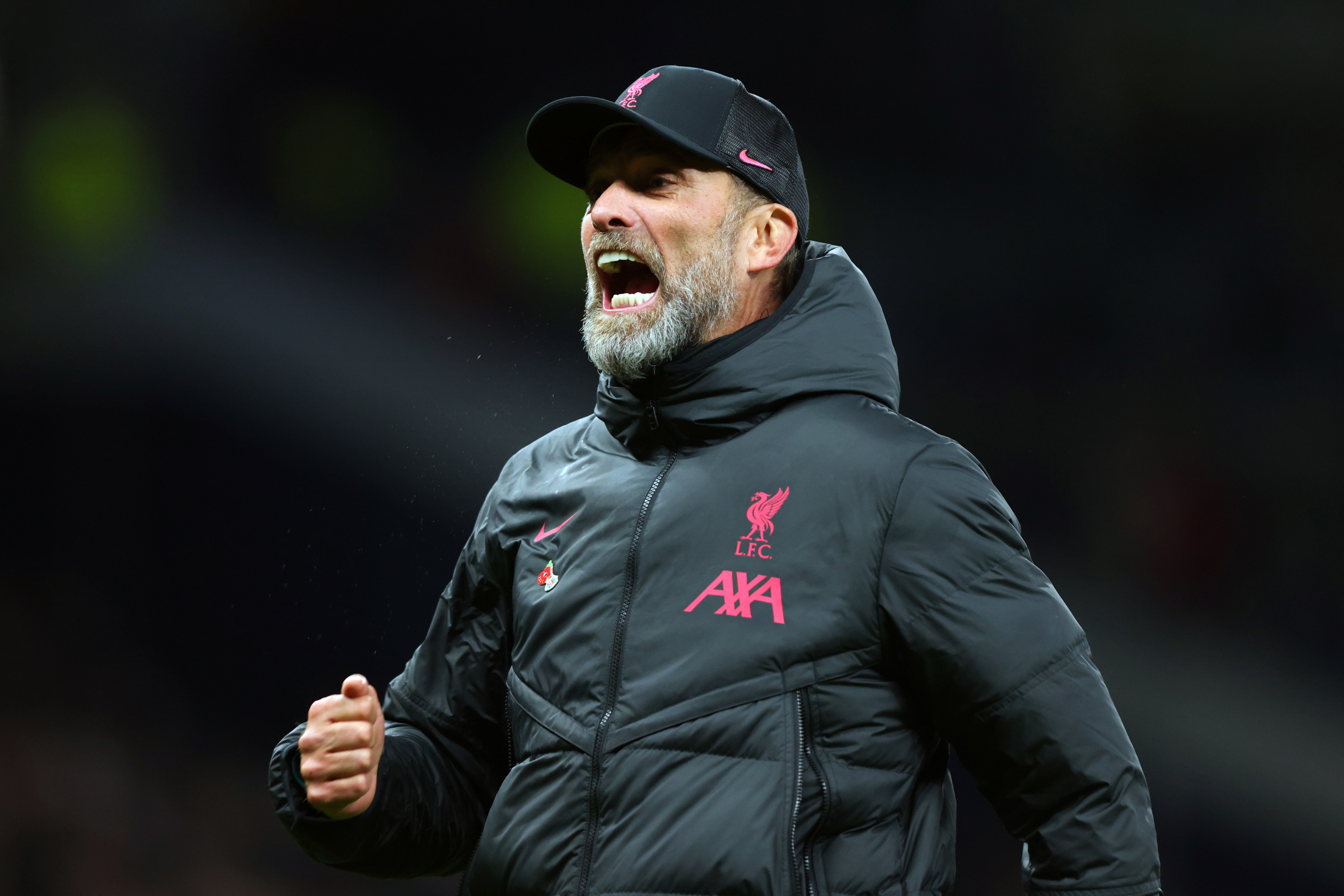 Klopp has done marvels with what he’s been given for years. Liverpool has experienced tremendous success while operating on a budget that is far lesser than teams like Manchester City. Liverpool is now feeling the effects of having been overextended for years. A shortage of funding for the team over the past years has been the main obstacle to continued success. The blame can be placed on Fenway Sports Group, and it would be in the best interest of all if they were to depart from the club. Supporters would rather keep Jurgen Klopp than any of the players on the roster, highlighting how imperative he is to the team despite the current poor form of the team.

It is also essential to consider the number of serious injuries that have impacted the team this season. It will be only wise for the Liverpool fans to stay supportive of Klopp and wait patiently, even if their current results do not measure up to their past successes. Famous Italian journalist Fabrizio Romano has also confirmed that there is no threat to Jurgen Klopp’s job as of now.

In his exclusive CaughtOffside column, Fabrizio Romano reported that Jurgen Klopp is in a safe position and that he and the organization are continuing to strategize the future of Liverpool together. Romano stated that one of the plans for the upcoming summer transfer window is to prioritize the acquisition of Borussia Dortmund midfielder Jude Bellingham. “I understand Liverpool fans will be concerned, but Jurgen Klopp is safe at the moment,” Romano said. “He’s 100% working with the club for the present and future. “As for transfers, the midfielder situation remains open until the end of the market; Liverpool keeps exploring options to find an opportunity while Jude Bellingham remains the priority for June.”

Liverpool has experienced their all-time high in the 21st century under the management of Jurgen Klopp, highlighted by their first-ever Premier League title in 2020 and their sixth European crown in 2019. They also achieved a runners-up position in the Premier League twice, with a UEFA Champions League Final appearance in 2018 and 2020 and a UEFA Super Cup win in 2019. 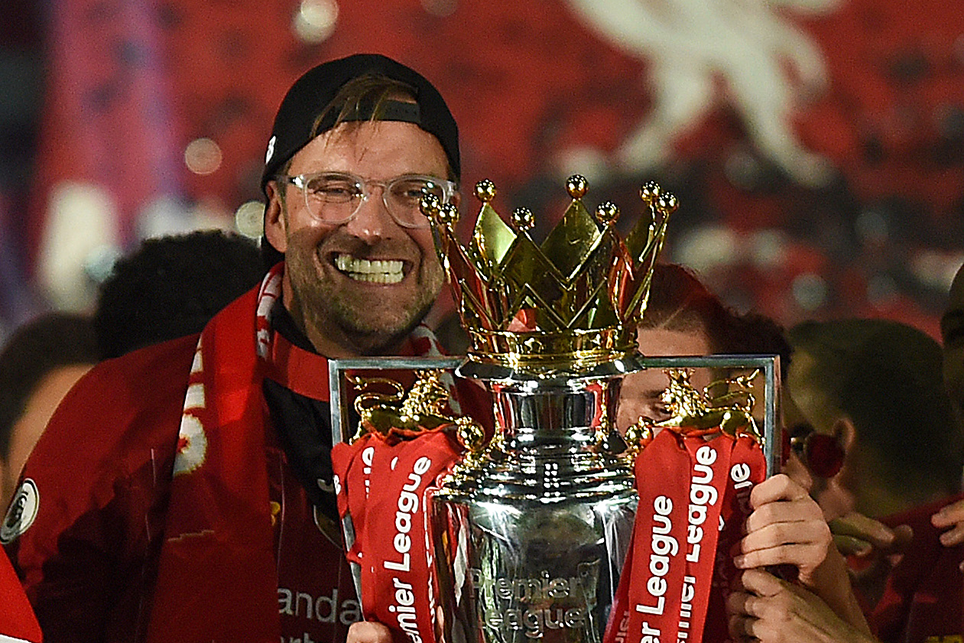 Under Klopp, the Reds have had a 76.5% win rate in their Premier League matches, one of the highest records in the division. In addition, the team ran a record-breaking unbeaten streak of 44 consecutive games in the Premier League in 2019-2020, with a total of 99 points earned in the season, a club record.

Klopp’s tenure has seen a remarkable transformation in the team’s playing style from fast-paced attacking football to a more controlled and possession-based system. The German tactician has also made some key additions to the squad, signing notable players such as Alisson Becker, Virgil van Dijk, Mohamed Salah, and Fabinho, which has made Liverpool one of the most formidable teams in Europe.

Klopp has developed a strong bond with the players and the club’s fan base, driving the team to unprecedented levels of success. The manager’s personality and leadership have been praised by many, and his charisma off the pitch has also become a hallmark of his managerial style. In 2022, Klopp became the longest-serving manager in Liverpool’s history and one of the longest-serving in the Premier League, an impressive feat that speaks to his success and stability at the club’s helm.

Considering the dismal form of the Reds this season, will the Liverpool management axe Jurgen Klopp from the manager’s role? Comment down what you think about Klopp.

In a dramatic turn of events, Liverpool has signed Netherlands winger Cody Gakpo from PSV Eindhoven. The player, a key target for Manchester United, has been signed for a record transfer fee.

As per ESPN, the fee of the deal is around £37 million plus add-ons, up to £50m potential package. The sides are close to finalising his arrival in the January transfer window. PSV did not disclose the deal’s value, but general manager Marcel Brands said it would be a “record transfer” for the club.

The Dutch club said in a statement: “PSV and Liverpool FC have reached an agreement on the proposed transfer of Cody Gakpo. The 23-year-old attacker will leave for England imminently, where he will be subjected to the necessary formalities ahead of the transfer completion.”

The signing will be great for Liverpool since Luis Diaz is facing a severe injury after aggravating a knee injury during a midseason training break in Dubai. Also, their star signing, Darwin Nunez, is going through a rough patch.

Cody Gakpo has been a key player for PSV Eindhoven. The star has scored 36 goals in just 106 appearances for the Dutch club. Also, the winger impressed during the recently concluded 2022 FIFA World Cup, scoring 3 goals in 5 games.

Liverpool has had a torrid time, with the team currently in 6th position in the English Premier League. With the latest acquisition, the team might see a great improvement in performance.