How good is a warrior without his weapon? The warrior might possess every ability to rule the world but he can not do it without his sword. Similarly, every sportsperson requires his/her gears to dominate their opposition. Every top batter personally crafts their bat as per their needs, every footballer wants a personalized stud. It is extremely necessary for athletes to have their sporting gear as required and they only choose the best for them.

Kento Momota is a Japanese badminton superstar who is currently ranked 10 in the BWF world rankings. Momota is known for his fearsome quick attacking skill on the court. He is also great with his lethal swings, which puts the opposition in a worrying situation. Momota has tasted glory in almost every championship he has featured in like the All-England Badminton Tournaments and World & Asian Championships. Momota was the first Japanese men’s singles player to grab World number 1 in the BWF World ranking in 2018. 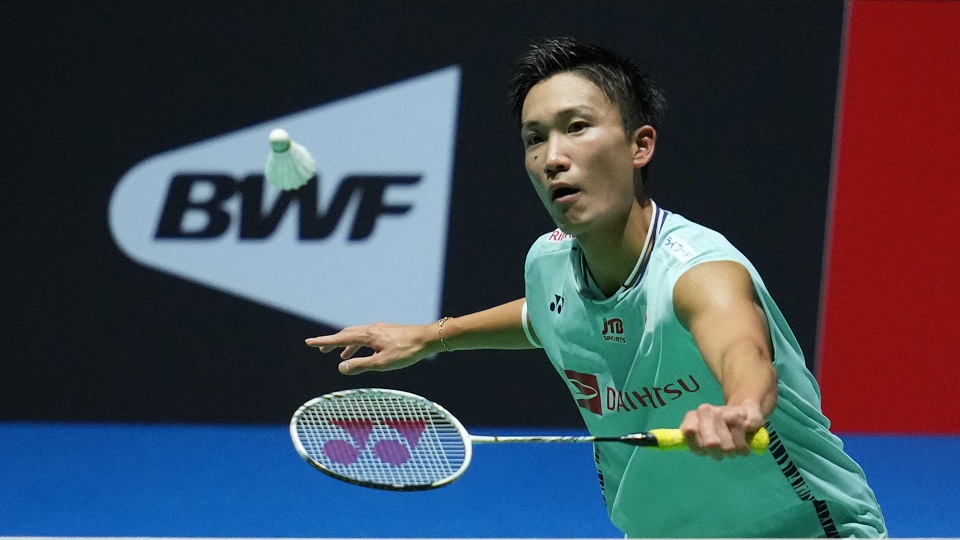 TOKYO, JAPAN – AUGUST 24: Kento Momota of Japan competes in the Men’s Singles Second Round match against Prannoy H. S. of India on day three of the BWF World Championships at Tokyo Metropolitan Gymnasium on August 24, 2022, in Tokyo, Japan. (Photo by Toru Hanai/Getty Images)

Kento Momota uses Yonex Astox 99 Racquet. This racquet is for the shutters who want to dominate the court with dynamic smashes. The racquet helps with getting the accuracy that a player demands in his smashes.

Srikanth Kidambi, is undoubtedly, one of the greatest Indian badminton players to date. He has proudly represented India globally with back-to-back glories in the Gold Coast. Kidambi won a Gold medal in the 2018 Commonwealth games and recently clinched bronze in the 2022 edition. Srikanth was awarded the “Parma Shri” in 2018 and has also won numerous titles in “BWF Badminton Tournaments.” 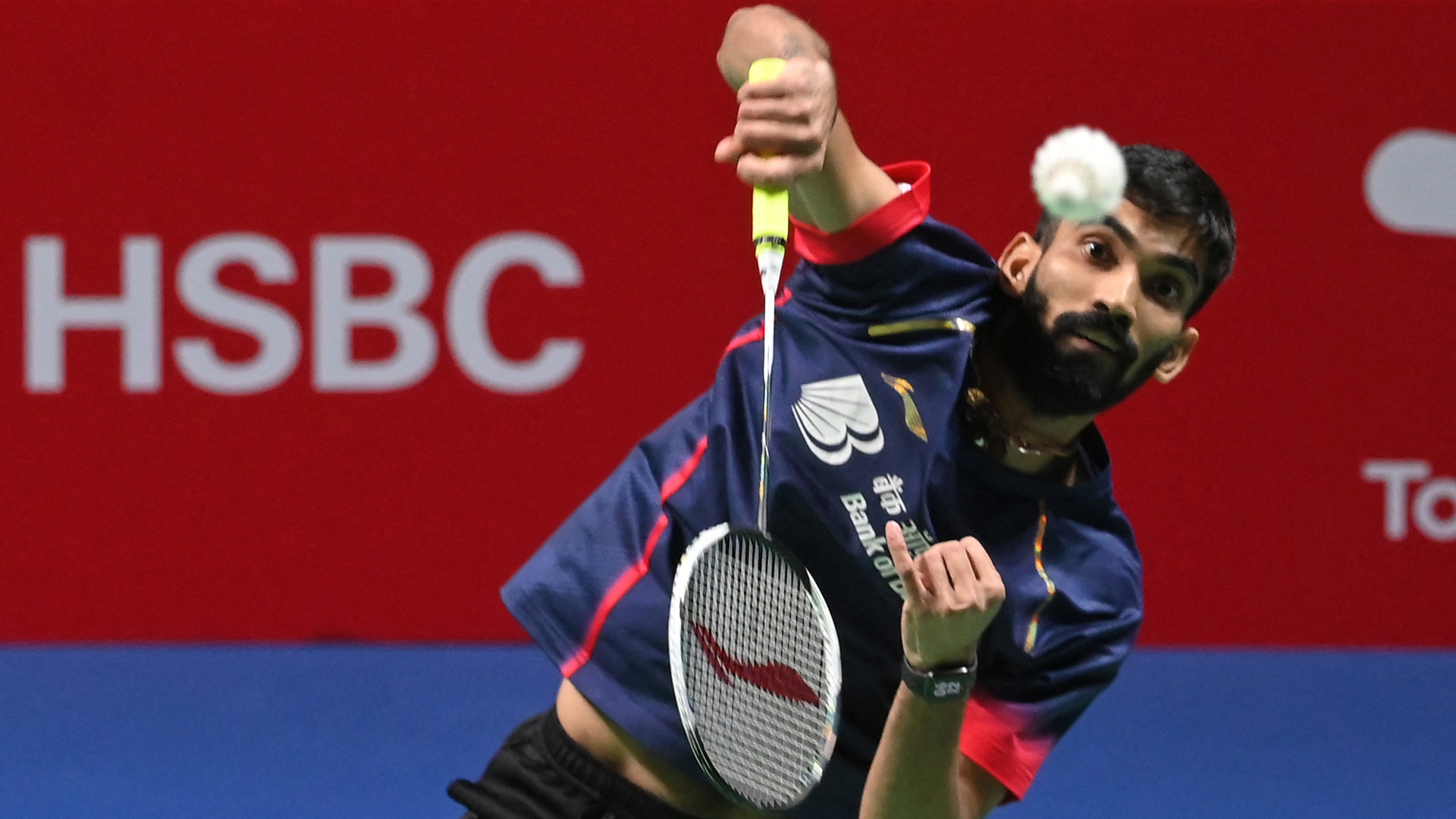 Kidambi uses the Li-Ning Turbo Charging 75 racquet which matches perfectly with his game style. Kidambi prefers the attacking style of play and the racquet sits perfectly with it. Kidambi was a loyal user of Yonex until his contract with the company came to an end.

P.V. Sindhu is one of the most renowned badminton players in the world. Sindhu has made history in every tournament she has played in. She has won accolades in the Olympics and in BWF as well. Sindhu won gold at the 2019 World Championships. Sindhu is the only Indian shutter to become the badminton world champion and only the second Indian athlete to win two back-to-back medals at the Olympic Games. She reached the highest ranking of no. 2 in 2017. 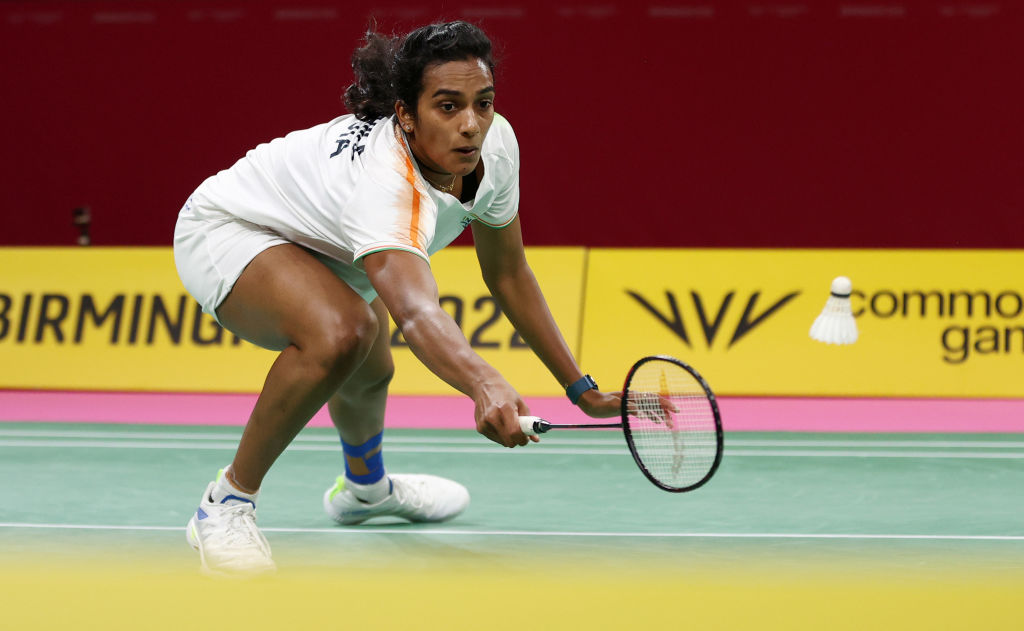 BIRMINGHAM, ENGLAND – AUGUST 08: Pusarla Venkata Sindhu of Team India plays a shot against Michelle Li (Not pictured) of Team Canada during the Badminton Women’s Singles – Gold Medal Match on day eleven of the Birmingham 2022 Commonwealth Games at NEC Arena on August 08, 2022 on the Birmingham, England. (Photo by Robert Cianflone/Getty Images)

P.V. Sindhu uses the “N9 Li-Ning Racquet.” The racquet is mainly designed for attacking and offensive players who desire to dominate their opponents.

Parupalli Kashyap is a former World No.6 shuttler. Kashyap was awarded the Arjuna Award in 2012 by the Government of India. Parupalli Kashyap was the first Indian male player to reach the quarter-finals of men’s singles at the 2012 London Olympics. He also won Gold at the 2014 Glasgow Commonwealth Games in the men’s singles competition. Kashyap was named the Icon player for Banga Beats in the Indian Badminton League in 2013. He is also the husband of the famous Indian badminton player Saina Nehwal. Parupalli Kashyap has grinded his way to the top. Kashyap is known to be a hard worker on the court and his racquet supports him in every situation. Kashyap uses a Yonex Arcsaber 11 Racquet which Is known to be one of the best in the business. 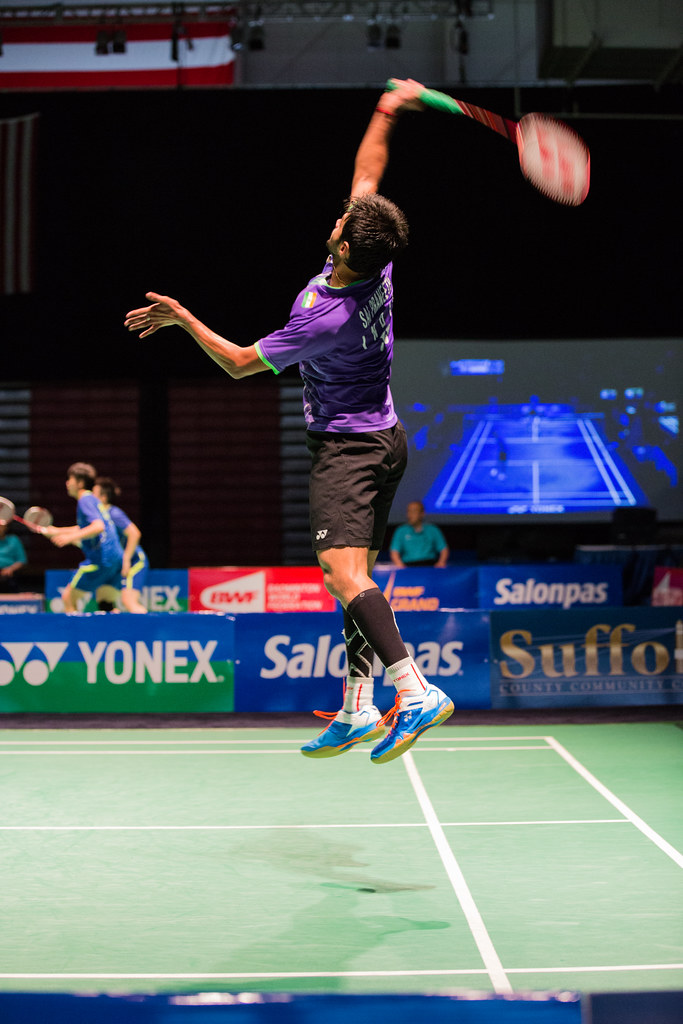 Sai Praneeth is known for his fearless and fast-paced playing style. Praneeth relies a lot on his smashes and has been using the racquet which matches his style of play. Sai Praneeth uses the “Yonex Voltric Z-Force II” racquet.

So, these were the top 5 badminton players and their preferred racquets. Which one among them is your favourite?

Ruturaj Gaikwad creates history in Vijay Hazare Trophy; smashes 7 sixes in one over