Home / Sports360 / Top 10 Female Tennis Players you must know about

In the matter of women and sports, the world has witnessed that “tennis” has an extremely important role to play with its record of great accomplishments and achievements as well.

Talking about the past few decades, various iconic & exemplary female tennis players have been highly successful in creating history with their outstanding performances & procurement!

There have been a wide number of excellent female tennis players till today. Some of them are known to dominate the sport for a really long period of time, and others have achieved greater success in respective contests or Grand Slams.

Well, for us, deciding on the top 10 greatest female tennis players was an extremely difficult job to do! As we know, there have been numerous tennis players serving their countries with glory & utmost pride in the history and even today.

In this blog post, we will read about the greatest female tennis players and how they have successfully left their mark on the sport and continue to encourage new generations worldwide!

Let’s not wait any longer!! Here we go…

Sania Mirza, I mean, who doesn’t know this name? Even words will fall short of explaining her achievements. She is unquestionably India’s best female tennis player ever! Santa Mirza has been an inspiration to billions of females in India and across the globe as well. 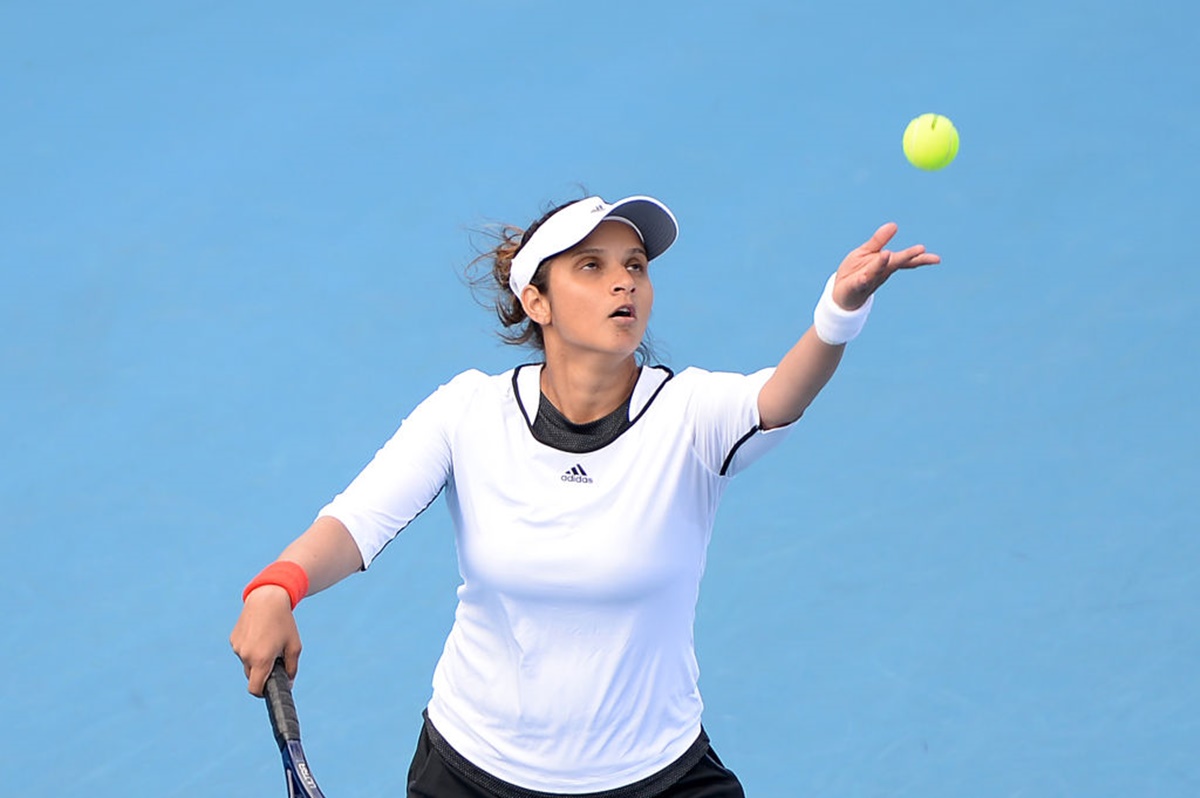 HOBART, AUSTRALIA – JANUARY 17: Sania Mirza of India prepares to serve during her semi final doubles match against Maria Bouzkova of Czech Republic and Tamara Zidansek of Slovakia during day seven of the 2020 Hobart International at Domain Tennis Centre on January 17, 2020 in Hobart, Australia. (Photo by Steve Bell/Getty Images)

She has won 6 Grand Slam Titles and is the first Indian Female Player to win a Grand Slam of any kind! Additionally, in 2013, she was ranked No. 1 in her doubles career. She is the only Indian who entered the top 100 WTA singles rankings, being at World No. 27.

She has also done commendable work in many multi-national matches, as she has won medals in the singles & doubles categories and the Asian Games, Commonwealth Games, and the Afro-Asian Games.

She is known as the strongest & influential female tennis player and has inspired millions of us throughout her journey. Serena, as well as her sister Venus Williams, have proved to be a dominant force in the sport of tennis since the late 90s. They both have won fourteen Grand Slam Doubles titles, which is commendable. Serena Williams, at present, holds the  “Open Era Record” for Grand Slam Singles Titles by a tennis player as she owns 23 Grand Slam Singles titles, including the 2017 Australian Open. 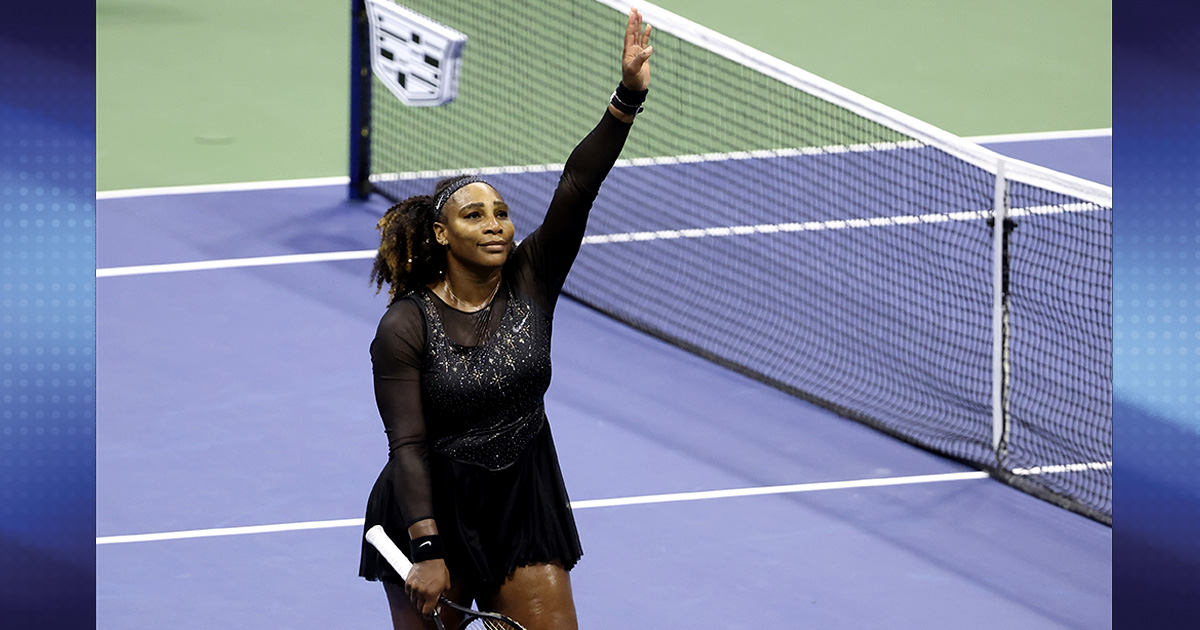 The world has seen that Serena’s game has clearly withstood the ordeal of time, hard work, competition, and commitment. The achievement of owning the Grand Slam titles came over an 18-year long period, starting from 1999, with her latest win at the 2017 Australian Open.

Out of competitive tennis for most of 2017, while pregnant, Serena reached 4 Grand Slam finals without securing that coveted 24th title to tie Margaret Court before retiring after the 2022 US Open. The point can now be brought in to raise up Serena Williams to be the most remarkable tennis player of all time!

She was considered to be one of the toughest competitors by many players out there. Martina Navratilova dominated the sport of women’s tennis from the late 1970s to the 1980s. She is specifically known for her intense physical activity. Plus, she got the big serve & volley back to the sport. Moreover,  she made the Open Era record for career titles, holding 167 of them, and also has 59 Grand Slam titles, which comprise singles, doubles, & mixed doubles! Isn’t it incredible? You must know that Martina Navratilova also possesses the record for career Wimbledon titles with an extraordinary nine titles.

Karman Thandi is known to be one of the very few Indian tennis singles players to reach the top 200 of the WTA rankings. She was the sixth tennis player who has been successful in doing so! On 20th August 2018, Karman Thandi caught up with her career high-ranking of 196, which was amazing. At present, she holds the rank of 447 and owns 107 points to her credit. On 23rd June 2018, the 24-year-old achieved the maiden singles title in the $25k Hong Kong tournament.

Plus, in the Fed Cup, she was one of the players to represent India. She also retains a win-loss track record of 3-6 in singles in this specific tournament. Karman Thandi is known to be the first tennis player since Sania Mirza to gain a victory in a WTA main draw match. At the 2018 Jiangxi International Women’s Tennis Open, she won against Lu Jiajing.

Steffi Graf, having a 17-year-long career, became an inspiration for so many people all over the world. Her record of ranking number 1 for continuous 377 in the world is a history for any player, be it male/female. In the year 1988, Steffi held the position of the first player to accomplish what is considered as the calendar year Golden Slam by gaining a victory in all four majors, along with the Olympic Gold Medal in the same year! If we observe, no one was better than Graf from the late 1980s to the mid-1990s.

Rutuja Bhosale, who hails from Maharashtra, is one of the most talented and skilful Indian tennis players! She actually had blown away everyone with her performance as a junior tennis player. She is best known for her achievement of securing the 55th rank as a junior competitor, and she also holds four titles on the ITF circuit.

Rutuja Bhosale is at present ranked 476 on the WTA circuit. But she has dropped more than a hundred spots because previously, she was ranked at 342. Nevertheless, if you look at her career graph, then you will observe that her doubles career has proliferated in the past few years.

A lot of experts out there believe that Margaret Court is one of the best tennis players of all time! She has made an outstanding record of 24 Grand Slam Singles titles, so it’s hard to deny experts’ beliefs, right? Margaret Court has an astonishing record of 62 major tiles, including 19 doubles and 19 mixed doubles. Next is Ankita Raina, a 29-year-old tennis professional from Ahmedabad. She is one of the most successful and inspiring Indian women’s tennis players. She has been quite amazing in slowly climbing the ranks and going after the footsteps of none other than “Sania Mirza” as she has also achieved the titles in the ITF circuit, with an excellent record of 18 doubles titles and 11 singles titles.

Ankita Raina has also won the title on the WTA tour and one at the contests in the WTA 125K series. She is even defined as one of the best Indian female tennis players because she is only the 6th Indian ever to embark on the WTA Top 200 in singles. Moreover, in 2021, she also cracked up in the Top 100 in doubles.

Chris Evert, have you heard of any player more graceful on the tennis court than her? No, right! In the 1970s & 1980s, with her two-handed backhand shot, she successfully dominated the sport of tennis. Chris Evert is one of the players who still holds the track record for catching up with the most Grand Slam singles finals with 34. 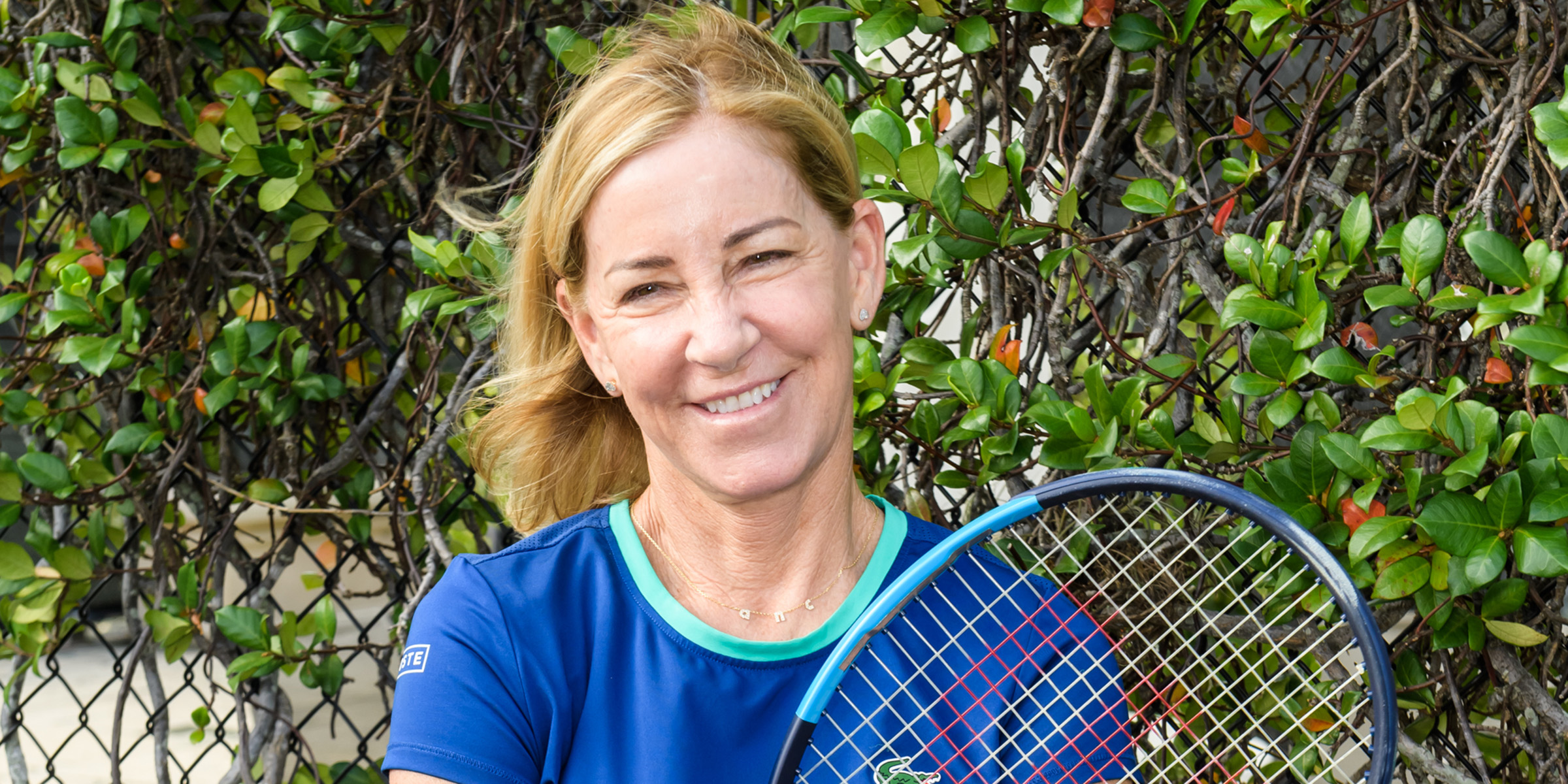 She actually won 18 titles which also includes all of the majors twice. Chris Evert was proven to be the number one player in the world continuously for seven years, and moreover, she had a career-winning percentage in singles tournaments of over ninety percent.

In the year 2003, she won a total of four medals at the Afro-Asian Games; her performance was applaudable as, two of which included gold medals. In the 2010 Commonwealth Games, Rushmi won the bronze medal in doubles along with Sania Mirza.

Their legacy and hard work shall never be ignored or forgiven, as each one of them laid the foundations for so many women across the globe and also for all our future generations!

Ruturaj Gaikwad creates history in Vijay Hazare Trophy; smashes 7 sixes in one over